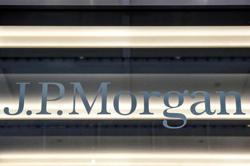 LONDON (Reuters) - Goldman Sachs will launch an app for UK users of its digital bank Marcus over the following weeks and plans to offer automated investment management to clients in the country by the first quarter of next year.

The U.S. bank has attracted just over $30 billion in UK deposits since launching a savings account in 2018, accounting for 30% of Marcus's deposits globally, Des McDaid, the head of Marcus UK, told Reuters.

"We are pivoting more into an investment and wealth provider rather than a full service digital bank," he said.

"We have been delighted with how fast and how quickly we have grown. The challenge now is how do we repeat the formula we used for savings to offer our customers an accessible platform for investing products."

Goldman is shifting the focus of Marcus UK to wealth management to stay within UK banking rules which demand retail deposits totalling more than 25 billion pounds ($35 billion) be ring-fenced.

Ring-fencing would require Marcus UK to become a separate legal entity and restrict how much capital could be shared with the rest of Goldman's business in the country.

Goldman Sachs opened Marcus in the United States in 2016 to diversify its revenue and funding sources by offering savings accounts and personal loans to retail customers. It has been expanding the range of U.S. services, including checking accounts and a credit card with Apple Inc.

The bank also launched Marcus Invest in the United States, a robo-adviser that allocates customer funds across managed portfolios made up of exchange-traded funds for stock and bonds.

Similar to other robo-advisers, the bank evaluates a customer's risk tolerance and investment timeline and models developed by the firm's investment strategy group recommend a conservative, moderate or growth portfolio.

Marcus is now in the process of adapting its U.S. product for the UK market.

"We are building on the U.S. platform but making the back end and regulatory changes that are required to make it work." McDaid said. "Our opportunity is strong, we start with a strong investment base of existing savers looking for an opportunity to do more with their money."

Deposits in Marcus UK surged during the pandemic as more homebound consumers held off on discretionary spending and reorganised their finances. It offers 0.4% annual interest on its savings account, down from 1.5% when it launched.

British consumers will be able to access their Marcus accounts through an app on iOS devices this month and Android in June, McDaid said.

While the bank is not currently planning to offer checking accounts in the United Kingdom, McDaid said the local digital retail banking market was attractive.

Rival JPMorgan Chase said in January that it would launch a digital consumer bank in Britain under its Chase brand over the coming months. 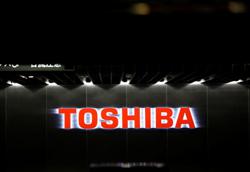