A health worker prepares a dose of the AstraZeneca vaccine. From pseudo-scientific videos explaining how vaccines can 'change your DNA' to panic-inducing stories of seniors dying en masse after receiving the jab, fake stories have overwhelmed Czech social media, messaging apps and chain mail. — AFP

PRAGUE: As the Czech Republic struggles to cope with the world’s highest coronavirus infection rate, a tidal wave of disinformation and a bungled government response are hampering vaccination efforts.

“Czech readers are exposed to lies about the Pfizer vaccine 25 times more than readers in the US,” said Frantisek Vrabel, the founder and CEO of Semantic Visions, which identifies potential disinformation based on the use of language patterns online.

His company, whose clients include the US State Department, monitors about 5,000 disinformation sources in the Czech Republic alone, and over a million worldwide.

The “Czech Elves”, a loosely connected network of several hundred volunteers, have also been keeping track of the biggest fake news spreaders.

“For years, fake news here was dominated by immigration, because it had the potential to scare people,” said Bohumil Kartous, a spokesman for the group.

“Then Covid arrived, and the amount of disinformation just exploded.”

Both Vrabel and Kartous believe that the majority of fake news in the Czech Republic originates from Russian troll farms, even if it is later modified or imitated by local sources.

“They create maximum chaos so that people don’t know what to believe anymore. The ultimate goal is to pick apart the fabric of Western society,” Vrabel said.

The Czech intelligence agency BIS has repeatedly warned the government about Russian disinformation and espionage activity in virtually all sectors of Czech life.

Vrabel said that one indication that the disinformation originates in Russia is the fact that the only vaccine that fake news websites consistently praised was Russian-made Sputnik V.

But falsehoods and conspiracy theories about Covid and vaccines are not disseminated exclusively by fringe websites and Facebook groups – they have also been repeated by some of the Czech Republic’s best-known public figures.

Former President Vaclav Klaus said in an interview with online station DVTV that it was “cowardly” to be afraid of catching Covid-19 and was fined about €400 (RM1,957) after he refused to wear a mask in public.

He has since been ill with Covid.

Cardinal Dominik Duka, the Archbishop of Prague, called the coronavirus “a biological weapon” during a sermon in February, prompting a denial from the Ministry of Defence and the country’s top immunologists.

The constant stream of fake news is also taking a hold on the collective imagination.

Jarka Tureckova, a mortgage broker who recently became a grandmother, told AFP she would “definitely” not get vaccinated because she does not trust the jabs.

“There are too many unanswered questions. Covid is nothing but a big business for the pharma companies who are manipulating people’s minds,” she said.

The Czech Republic has registered 1,570 cases and 23 deaths per 100,000 inhabitants over the past 14 days – the highest and second highest levels in the world, according to an AFP tally.

Yet opinion polls show it is one of Europe’s most vaccine-shy countries and the official response to the online campaign against inoculations has been less than stellar.

Last year, Semantic Visions began advising the Czech government on how to combat the rapid spread of disinformation.

But Vrabel soon became disillusioned with what he saw as the government’s lack of a coherent communication strategy and ended the collaboration.

“We had been warning them about the danger of vaccine fake news since October, but nobody listened to our advice,” he said.

“The government completely bungled it.”

Since the beginning of the pandemic, Prime Minister Andrej Babis has fired two health ministers and has been forced to repeatedly apologise for his handling of the crisis.

On March 1, in the latest sign of chaos, the health ministry’s freshly hired communications director in charge of Covid strategy quit on his first day of work.

“There is a fear of the unknown, which is understandable,” he told AFP.

“But this fear has been compounded by low media literacy and lack of critical thinking in a significant portion of the online community.”

The solution is to quickly vaccinate those who have expressed an interest in receiving the jab, he said.

“The more people we vaccinate, the sooner the doubters realise that the vaccine is safe and they will come around.” – AFP 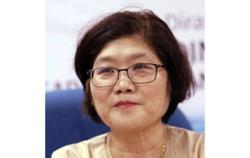