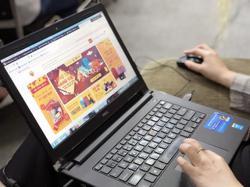 More than 53 million people use Facebook in Vietnam, accounting for over half the population. —Bloomberg

Communist Vietnam has long jailed its critics but has come under fire in recent years for targeting users on Facebook, a popular forum for activists in the country where all independent media is banned.

The social network admitted earlier this year that it was blocking content deemed illegal by authorities, while its latest transparency report revealed a nearly 1,000% increase in the content it censors on government orders compared to the previous six months.

Amnesty said in a Tuesday report that it had interviewed 11 activists whose content had been restricted from view in Vietnam by Facebook this year.

One of them, Nguyen Van Trang, who fled an arrest warrant in Vietnam for his involvement in a pro-democracy group, said Facebook had since May restricted every piece of content he posted about Communist Party boss Nguyen Phu Trong and senior party member Tran Quoc Vuong.

Trang also said some of his posts on controversial issues such as land disputes were blocked from view in Vietnam by YouTube.

“I feel angry about it,” he told AFP. “For social activists, these platforms play an important role in influencing people with regard to progressive values such as democracy, human rights, civil society.”

“The compromise between Facebook and Google is not only the act of blocking information, but it also hinders the progress of a nation, where people do not have many opportunities to participate in political activities.”

‘Propaganda against the Party’

More than 53 million people use Facebook in Vietnam, accounting for over half the population. The platform is also a crucial marketing tool for local business.

Vietnam is now the biggest country by revenue for Facebook and Google in South-East Asia, according to industry experts.

But Amnesty warned that while they were “once the great hope for the expansion of freedom of expression in the country, social media platforms are fast becoming human rights-free zones”.

Information Minister Nguyen Manh Hung said last month that tech companies were complying with requests to remove “bad information, propaganda against the Party and the State” at a higher rate than ever, according to state media.

A Facebook spokesperson told AFP it worked hard to defend freedom of speech around the world.

“Over the past few months, we’ve faced additional pressure from the government of Vietnam to restrict more content, however, we will do everything we can to ensure that our services remain available so people can continue to express themselves,” it said.

Google and Vietnamese authorities did not immediately respond to a request for comment. – AFP 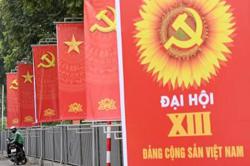