An online journalist works on his computer. Unable to protest on the streets, some in Zimbabwe are calling themselves ‘keyboard warriors’ as they take to graffiti and social media to pressure a government that promised reform but is now accused of gross human rights abuses. — AP

HARARE, Zimbabwe: Unable to protest on the streets, some in Zimbabwe are calling themselves “keyboard warriors” as they take to graffiti and social media to pressure a government that promised reform but is now accused of gross human rights abuses.

Tens of thousands of people, from Jamaican reggae stars to US rap and hip-hop musicians, have joined African celebrities, politicians and former presidents in tweeting with the hashtag.

But some analysts say online protests might not be enough to move Mnangagwa, who increasingly relies on security forces to crush dissent despite promising reforms when he took power after a coup in 2017.

Tensions are rising anew in the once prosperous southern African country. Inflation is over 800%, amid acute shortages of water, electricity, gas and bank notes and a health system collapsing under the weight of drug shortages and strikes by nurses and doctors.

Revelations of alleged corruption related to Covid-19 medical supplies led to the sacking of the health minister and further pressure on Mnangagwa.

His government has responded to the rising dissent with arrests and alleged abductions and torture.

Before July, few Zimbabweans knew about Jacob Ngarivhume, a fringe opposition politician. Then he went on social media to announce an anti-government protest planned for the end of July.

Soon, #July31 swelled into a movement. The government panicked, jailed Ngarivhume and journalist Hopewell Chin'ono, deployed the military and police to thwart the protest and arrested dozens of people who tweeted about it.

“Social media is making waves in Zimbabwe. It is really helping people access information about government scandals faster and cheaper so it makes them want to act,” said Elias Mambo, publisher of ZimMorning Post, which publishes investigative stories online and on WhatsApp groups.

Angry, but afraid to take to the streets, Zimbabweans are turning to their computers and smartphones to protest. They are also splashing graffiti with colourful anti-government messages on the walls of stadiums, cemeteries and city buildings.

UN Secretary-General Antonio Guterres and the chairman of the African Union Commission, Moussa Faki Mahamat, have expressed concern over the government’s alleged abuses.

Cyril Ramaphosa, president of neighboring South Africa and chairman of the African Union, dispatched special envoys to meet Mnangagwa. But they returned without meeting the opposition despite having kept them on standby, inviting anger in Zimbabwe and South Africa.

Zimbabweans had earlier used social media to protest against the previous government of Robert Mugabe. The army briefly allowed street protests in 2017, but only to use the crowds as pressure to force Mugabe out. Now, activists say, the same military is making the streets dangerous for them.

“Digital activism cannot be ignored and cannot be confronted by traditional authoritarian tactics, as shown by the #zimbabweanlivesmatter campaign,” said Alexander Rusero, a political analyst based in the capital, Harare.

Yet the latest online campaign, like previous ones, appears to have only hardened the government’s resolve to crush dissent.

In response to the online campaign amid renewed international pressure, Mnangagwa during a national address described his rivals and critics as “destructive terrorist opposition groupings”, “dark forces” and “a few bad apples” that should be “flushed out”.

Security agents have continued arresting activists even after the July protest was foiled, according to human rights groups and the main opposition MDC Alliance party.

Analysts said such a hardline reaction shows that online campaigns without “ground activism” are unlikely to force the ruling ZANU-PF party to institute reforms that could weaken its hold on power and related economic benefits.

“Online activism needs to correlate to, and not supplant, ground activism. A delicate balance of the two will render ZANU-PF ineffective,” Rusero said.

The ruling party “has demonstrated that it will do anything, including crude repression, to stay in power. So it is up to citizens and activists to raise the costs of abuses,” said Mavhinga, whose rights group has been documenting alleged abuses.

“Keyboard warriors help to amplify the voices of agony from within Zimbabwe, but without robust and sustained campaigns on the ground, the social media campaigns would fizzle out,” he said.

Some activists are raising similar questions.

“Beyond tweeting about Hopewell (Chin’ono) and Jacob (Ngarivhume), what citizen actions can we do to put pressure for their release,” 21-year-old Namatai Kwekwedza tweeted days after the foiled protest.

She faces multiple charges related to breaching the peace for being one of the few Zimbabweans brave enough to participate in anti-government marches in recent months. She faces a fine or up to five years in prison on each charge.

“Some of us are ready, (but) it only works with the numbers,” she said, adding: “This whole business of being too afraid is stupid. We are already dead. We have to fight for our future.” – AP 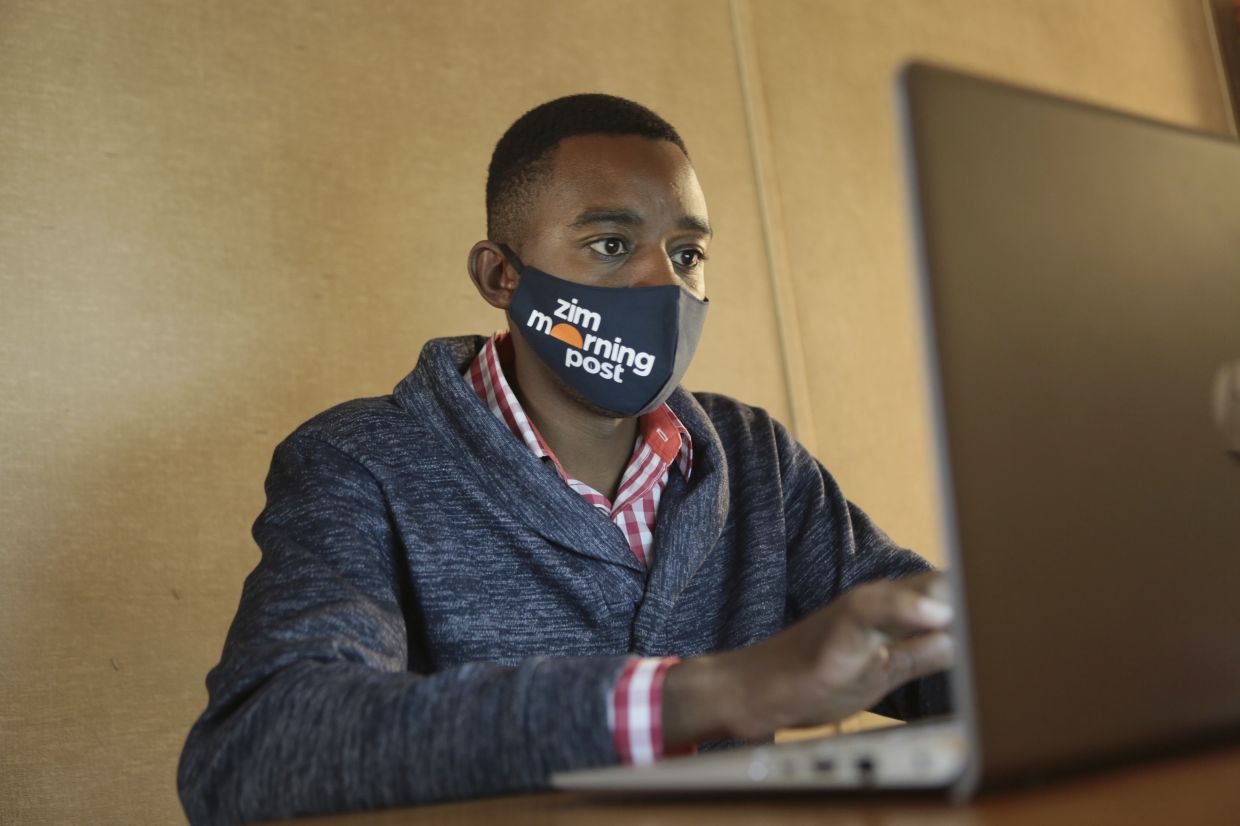 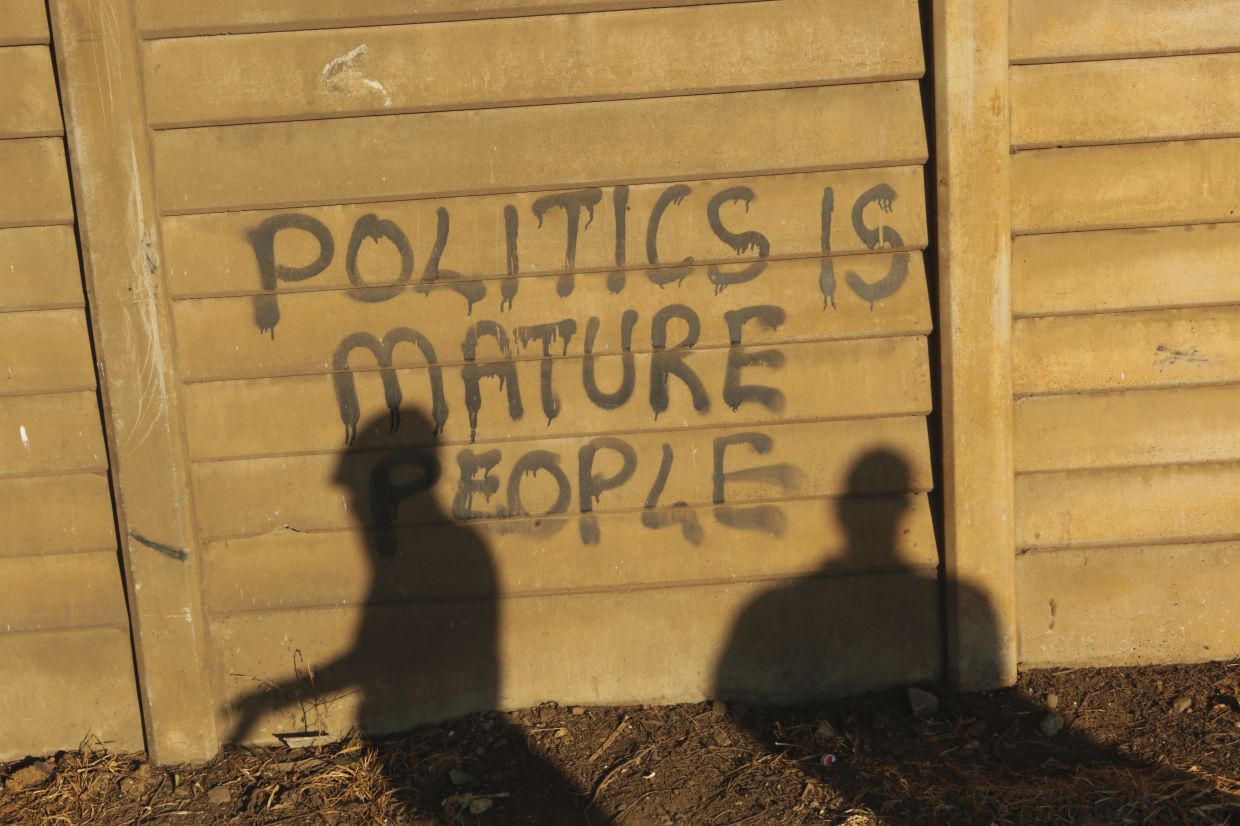 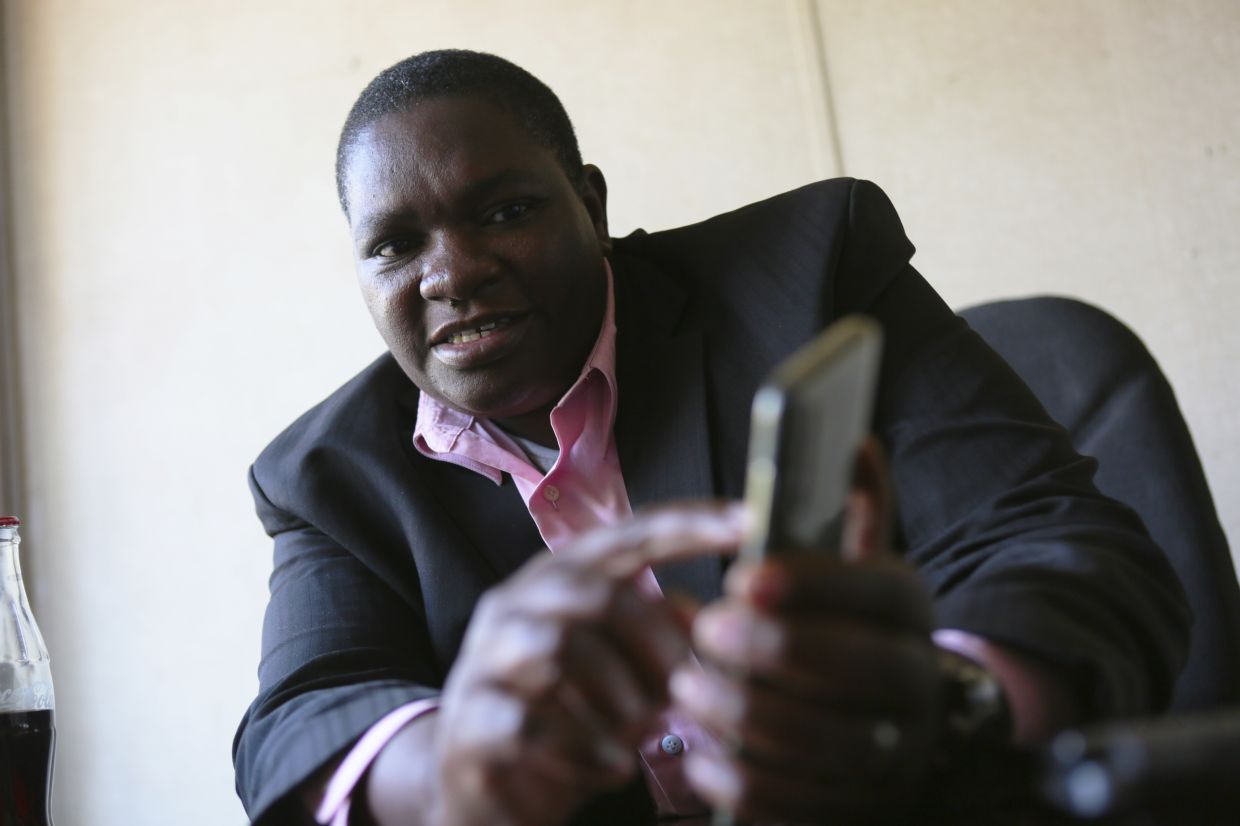 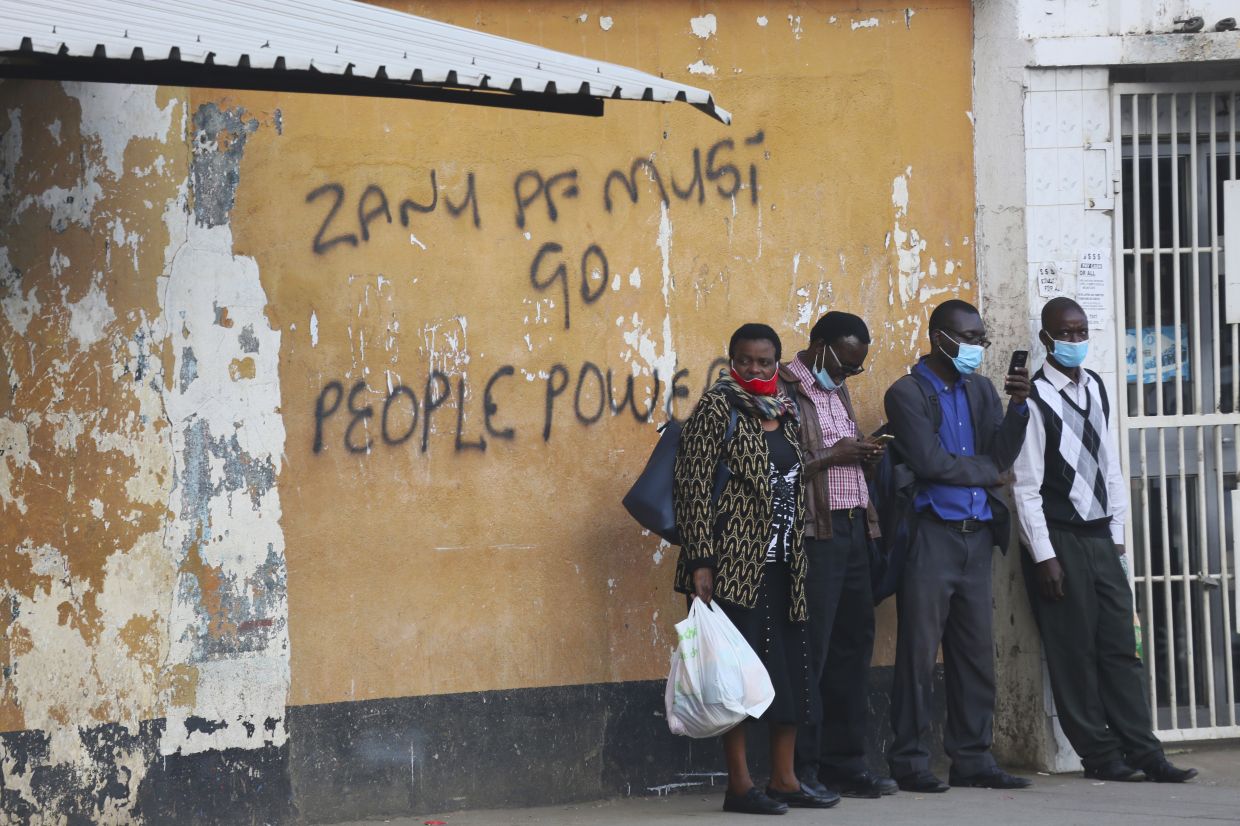 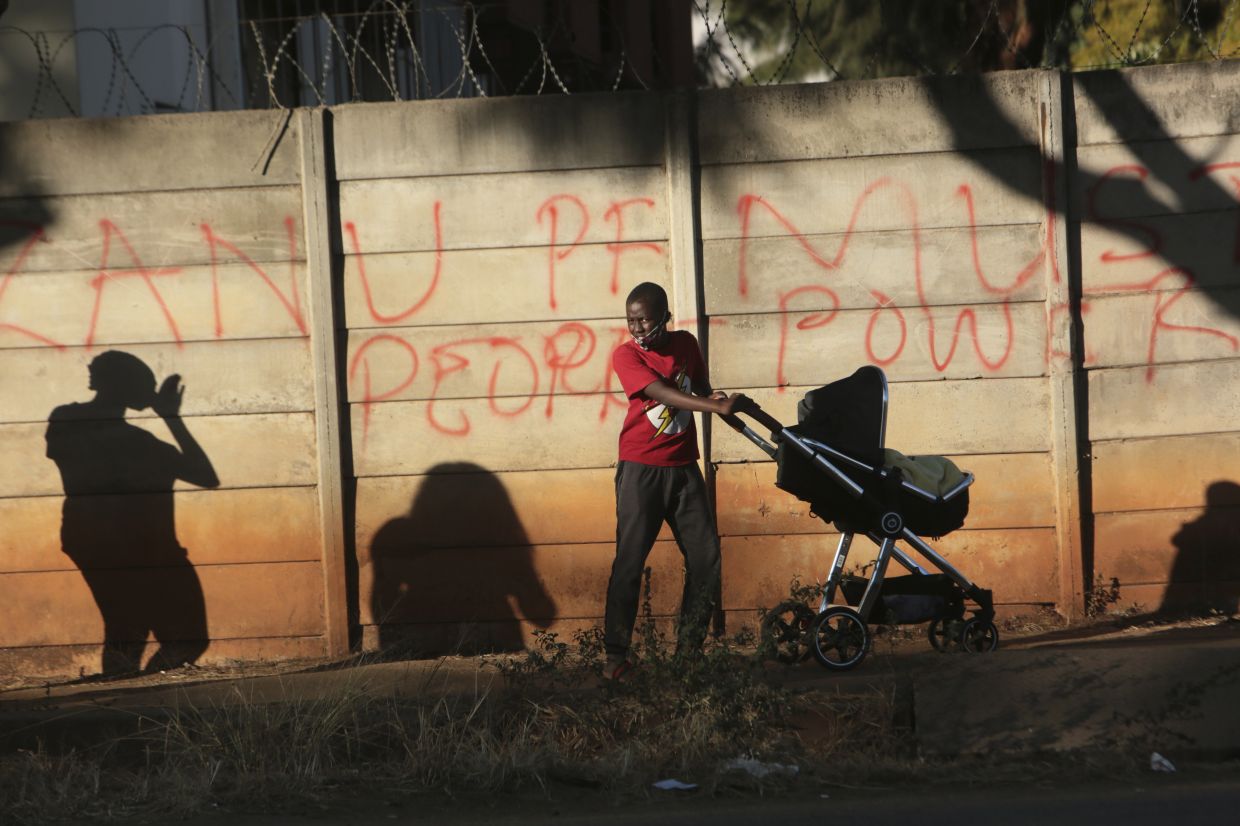 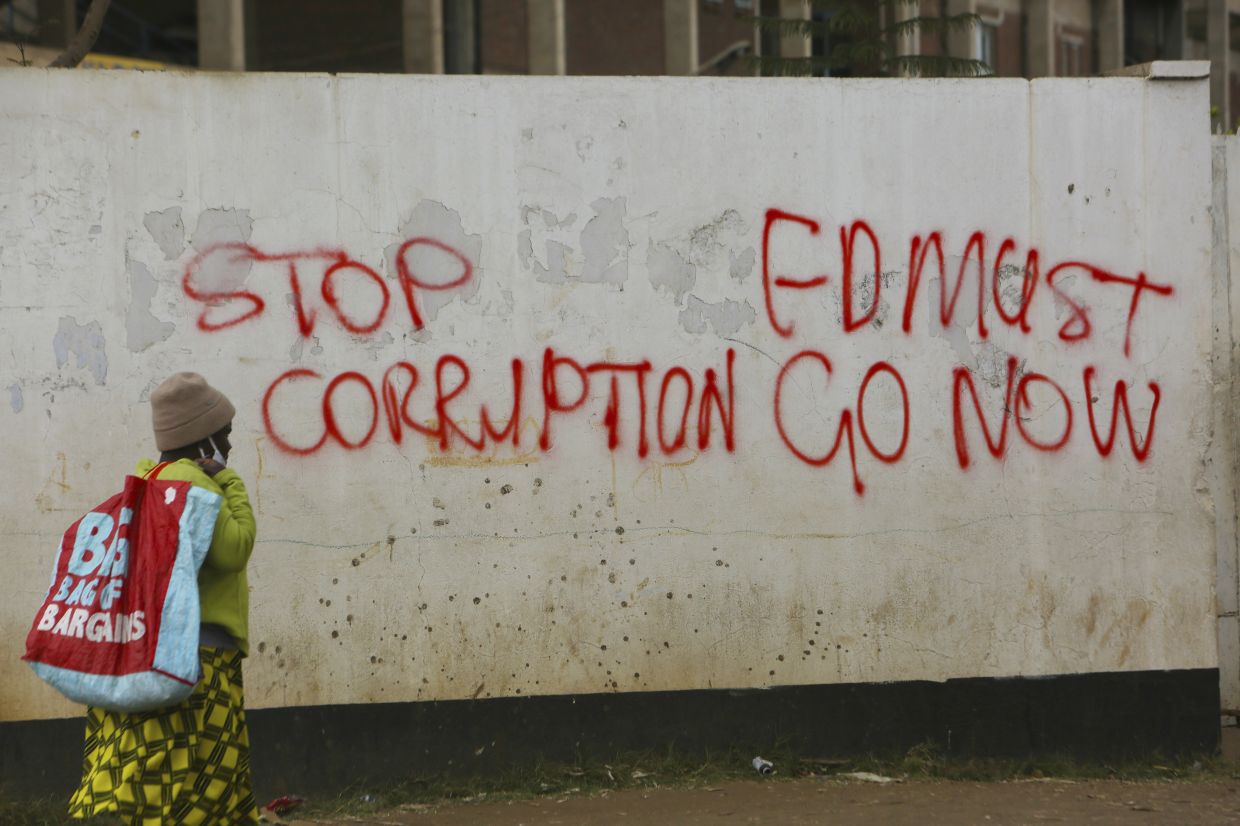 An online journalist works on his computer. Unable to protest on the streets, some in Zimbabwe are calling themselves ‘keyboard warriors’ as they take to graffiti and social media to pressure a government that promised reform but is now accused of gross human rights abuses. — AP

People stand near a wall with a political graffiti message. — AP

Elias Mambo, a publisher of ZimMorning Post, shows some of the investigative stories and material they publish online and on WhatsApp groups. ‘Social media is making waves in Zimbabwe. It is really helping people access information about government scandals faster and cheaper so it makes them want to act,’ says Mambo. — AP

People wait for public transport at a bus stop with graffiti calling on the ruling Zanu pf party to resign. — AP

A woman walks past a wall with graffiti advocating for the empowerment of people in the streets of Harare. — AP

A young boy pushes a pram past a wall with graffiti advocating for People Power, on the streets of Harareo. — AP

A woman uses her mobile phone while walking past a wall with graffiti on the streets of Harare. — AP

A woman walks past a wall with graffiti calling on the government to stop corruption. — AP