Tencent, which has seen its share prices soar more than 45% this year, is looking to cement its position at home while making a renewed foray overseas. — Reuters

The approval published by China’s National Press and Publication Administration on its website comes as game developers reap higher revenue while the novel coronavirus puts a dent in other entertainment options.

Game publishers in China need to have a license from content regulators so they can make money from the sale of virtual products in games such as weapons or avatars.

However, it only had approvals from authorities for three games before Thursday’s approval of the hugely popular home exercise game Ring Fit.

Grey market prices of the game, in which players attach their controllers to accessories to track their movement across a range of activities, more than doubled because of high demand and supply disruption caused by the coronavirus.

The approval for Call Of Duty Mobile, developed in partnership between Tencent’s Timi Studios and Activision, came nearly ten months after the game was released worldwide.

Call Of Duty Mobile is particularly popular in the United States and India.

It surpassed 250 million downloads worldwide in June, according to Sensor Tower, outperforming other shooter games such as PUBG Mobile and Fortnite.

Tencent, which has seen its share prices soar more than 45% this year, is looking to cement its position at home while making a renewed foray overseas.

It opened two studios in Los Angeles recently, with the goal of creating content with original intellectual property that has global appeal. – Reuters 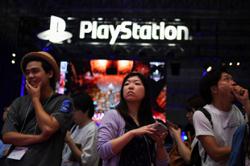