A woman plays a video game using a virtual-reality headset at an arcade in Shanghai. ‘We have very compelling content in China, but it’s a restricted market, and for the last year the Chinese government hasn’t approved any content for release,’ Kotick said. — AFP

Selling in the Chinese video game market has been difficult, according to Bobby Kotick, chief executive officer of Activision Blizzard Inc, the largest US publisher.

“We have very compelling content in China, but it’s a restricted market, and for the last year the Chinese government hasn’t approved any content for release,” Kotick said on Bloomberg Television. The company is working with Tencent Holdings Ltd and NetEase Inc, which are both partners and competitors, he said.

Kotick spoke in an interview on Leadership Live With David Rubenstein. Here are some other key insights from the discussion:

Kotick has been running the company from home, and his employees have been collaborating remotely. “It was an adjustment but one we were able to manage pretty quickly,” he said.

To keep the creative process going, many employees will need to return to the office. Still, Kotick said, “our view is, we are not going to allow people back into the office until we feel a very, very high degree of confidence in their safety.”

And when he plays video games anonymously, he said, he usually loses. “I probably should be spending more time playing video games,” he said. – Bloomberg 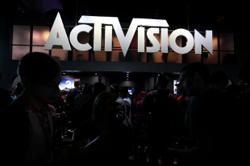