Startup Epic Games Inc, which developed battle game Fortnite and acquired networking app Houseparty, is close to raising a US$750mil (RM3.20bil) round of funding at a valuation of about US$17bil (RM72.54bil) according to people familiar with the matter. — Dreamstime/TNS

As people flock to video games and social networks to fight boredom during the pandemic, investors in the company that owns two of the biggest lockdown hits are betting that those habits will stick.

Startup Epic Games Inc, which developed battle game Fortnite and acquired networking app Houseparty, is close to raising a US$750mil (RM3.20bil) round of funding at a valuation of about US$17bil (RM72.54bil) according to people familiar with the matter.

New investors T. Rowe Price Group Inc and Baillie Gifford will contribute to the round, while existing investors including KKR & Co will also participate, the people said, asking not to be identified as the details aren’t public. The valuation, which includes the new funding, is a bump up from the US$15bil (RM64.01bil) valuation the company garnered in 2018.

The funding round isn’t finalised and some of the details could still change, the people said.

The round is one example of how, even as many startups lay off employees and scale back operations, there could still be opportunities for companies that provide what many now see as essential distractions.

While lockdowns are starting to lift across the US and beyond, consumers may be hesitant to head back to movie theaters and concert halls. Video games are helping fill that entertainment void.

Epic Games and its video game competitors are becoming destinations to watch concerts and debut movie trailers. Nearly 28 million fans flocked to an April concert by rapper Travis Scott, which was held virtually in Fortnite. In May, Epic aired a new trailer for the upcoming Christopher Nolan movie Tenet on Fortnite.

Fortnite is a fight-to-the-death battle and survival game that’s especially popular with teens.

Epic Games, which was founded in 1991 by Tim Sweeney from his parents’ house in Potomac, Maryland, also owns Houseparty, which integrates games and trivia into group video calls. It bought the platform for an undisclosed amount about a year ago before it became a breakout hit during the pandemic. The app’s last private valuation was about US$70mil (RM298.72mil) according to PitchBook data.

Video game companies have been taking advantage of the renewed interest in their products to do deals. Zynga Inc agreed this month to buy Turkish mobile-game maker Peak for US$1.8bil (RM7.68bil) while AppLovin Corp in May paid about US$500mil (RM2.13bil) for Machine Zone Inc, Bloomberg News reported. 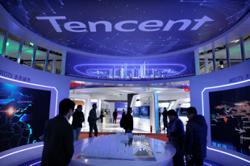