By Emma Rumney and MacDonald Dzirutwe

A woman collects groceries from a Malaicha warehouse during a lockdown to help curb the spread of the coronavirus disease (Covid-19) in Harare, Zimbabwe. Use of the app called Malaicha – Ndebele slang for the traditional way of sending goods over the border with bus and taxi drivers – surged in April, said Magan. — Reuters

JOHANNESBURG/HARARE: Petronella Mabhena, a domestic worker in South Africa, has been paying bus drivers to ferry food to her relatives in Zimbabwe for over a decade.

As with many other families from Zimbabwe whose members depend on food from South Africa, the supplies were abruptly halted when the two countries restricted movement across their border in March to prevent the spread of Covid-19.

"I was confused and did not know what to do," said Mabhena, 53, who sends food to her mother and daughter.

A friend told her about an app that lets people in South Africa order groceries for delivery in Zimbabwe, where prices for food and other essentials have soared amid a severe economic crisis.

Use of the app called Malaicha – Ndebele slang for the traditional way of sending goods over the border with bus and taxi drivers – surged in April, said its managing director, Sayjil Magan.

While the border has been closed to people and the taxis and buses that would normally ferry food informally, Malaicha is permitted to import goods into Zimbabwe, offering an alternative.

About a year old, the app has yet to break even, in part because its costs, including trucks and warehousing, are higher than the typical digital startup.

But if its user base continues to grow, it could emerge as a rare winner from South Africa's lockdown, one of the world's most restrictive. 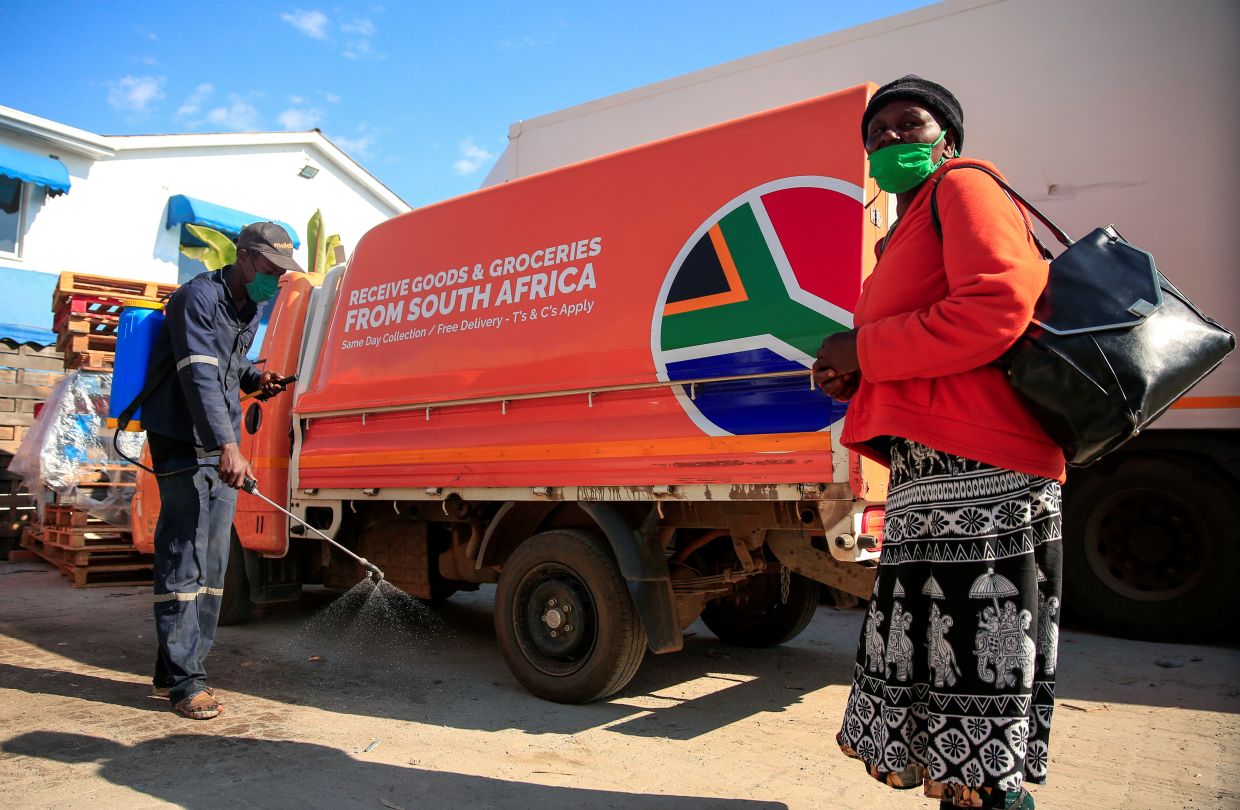 A woman arrives to collect groceries from a Malaicha warehouse during a nationwide lockdown to help curb the spread of the coronavirus disease (Covid-19) in Harare, Zimbabwe. — Reuters

"It's something they are going to carry on using; that's the feedback that we are getting from our customers," Magan said.

In Zimbabwe’s capital Harare, one of five major cities where Malaicha operates, deliveries reached 200 a day in April, from an average of 20 before the lockdown, said warehouse manager Mario Ventouris.

Workers were putting in extra hours to clear long lines of people who had come to collect orders, he added.

Delivery driver Decide Sabamba said his job was tougher than before: "It's busy, it's busy every day."

He brought cooking oil and diapers to Mabhena's daughter, Epiphania Moyo, and her baby – their first delivery via the app.

The family is all too familiar with the frustration of traditional malaicha deliveries, which they said cost more and don't always arrive on time or in full. Their experience with the app was different.

"They are very fast; they delivered everything. I will use it again," Moyo added. – Reuters