Covid-19: Israeli AI startup says it has tools for the Chinese, Hong Kong governments to help people in distress

Cobwebs Technologies can help monitor mentions of the virus on the web, tweets or posts asking for assistance, or to locate people in case of emergency. Company says its tools came in handy during Hurricane Harvey, which struck the US in 2017, by helping to locate people who were seeking urgent help. — SCMP

An Israeli artificial intelligence company says that it can help the Chinese and Hong Kong governments track SOS requests and people in close contact with patients affected by the deadly coronavirus. But there are concerns that the data collected will be used to track and monitor individuals.

Cobwebs Technologies, whose platform is built to trawl the darkest and deepest corners of the internet for signs of fraudulent and criminal activities, can also help monitor mentions of the virus on the web, tweets or posts asking for assistance where phone landlines are down, or to locate people in case of emergency.

“It can even see if certain people visited Wuhan over the past two to three weeks,” said Ariel Talibi, managing director of Asia-Pacific and Middle East at Cobwebs. “If there is someone who has been examined by a health care agency, attempting to find friends or relatives that might be in contact with him recently, it can help in some cases.”

Citing an example, Talibi said its tools came in handy during Hurricane Harvey, which struck Texas and Louisiana in August 2017, by helping to locate people who were seeking urgent help. 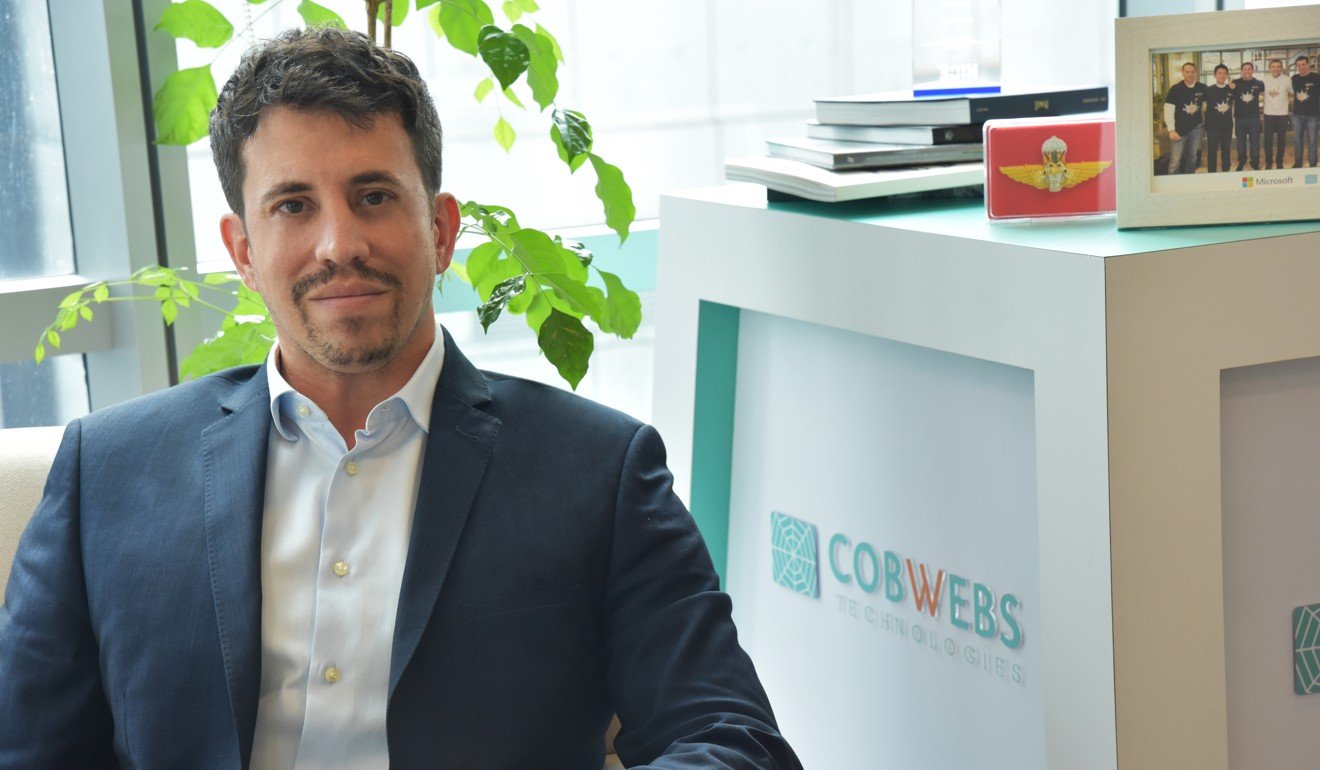 “One analyst can achieve the work of dozens of analysts within hours or within minutes because of the automation of the system and the width of information it’s able to collect,” Talibi said.

Helena Wong, legislator and spokeswoman of medical policy for the Democratic Party, said while the Hong Kong government could try to study its potential, the product comes with concerns about data privacy.

“For the campaign against the epidemic, of course it may be somewhat useful to track the routes of patients, those carrying the virus or [people] from Hubei province,” said Wong. “But the biggest concern is who uses the data?”

In a response to an inquiry from the Post, the Privacy Commissioner Stephen Wong Kai-yi said that “there are sufficient legal and justifiable bases, whether under international law or local health-specific and personal data privacy legislation, on which the government may collect and use information obtainable offline or online”. He added that this can be done “with the aid of devices, applications, software or supercomputers with a view to tracking potential Covid-19 carriers or patients in the interests of both the individuals concerned and the public, not to mention the fact that the same approach has been adopted in many other jurisdictions”.

On Feb 12, the Privacy Commissioner for Personal Data said in a media statement that to effectively implement the mandatory quarantine measures, the location data of persons under quarantine would be collected by the government to monitor whether they are complying with the quarantine conditions.

Last week, police started using a supercomputer called Major Incident Investigation and Disaster Support System to help identify the connection between cases with information of the patients. The system was last used during the 2003 Sars (severe acute respiratory syndrome) outbreak for the same purpose.

Chuang Shuk-kwan, head of communicable disease branch at the Centre for Health Protection, told reporters last week that using the system might involve privacy issues, but added that tracing the source of illness can help reduce local transmission.

William Lai Chi-fu, assistant professor at Open University, said the web tracking platform could be “somehow useful”, but cannot be the only tool for tracking.

“The company [Cobwebs] has mastered machine learning tech like natural language processing, image recognition, which can be tailor-made to pinpoint public activities related to Wuhan, or to link related personnel,” said Lai. “However, that is given the assumption that such information is publicly accessible, which could be challenging these days, as people tend not to post anything public nowadays.” – South China Morning Post