As with previous games, Pokémon Sword and Shield is set within a fictionalized real world country, in this case Great Britain. — AFP Relaxnews

The Nintendo Switch's first pair of core Pokémon games are closing in on top favourites like Super Smash Bros. Ultimate. How well will they do in 2020?

In just under seven weeks, the twinned releases of Pokémon Sword and Pokémon Shield have sold in excess of 16 million copies worldwide.

Launched internationally on Nov 15,2019, the two games are functionally identical save for a small number of title-exclusive creatures, which can be traded between owners of either game, as well as some non-transferable secondary characters.

In the 46 days – just under 7 weeks – between then and Dec 31,2019,16.06 million copies of Pokémon Sword and Shield had been sold either at retail or online, according to Nintendo's earnings advisory published on Jan 30.

Second-placed Super Smash Bros. Ultimate had achieved 12.08 million units sold after its first three weeks of availability, releasing on Dec 7,2018. Even so, after one week on the market Pokémon Sword and Shield was proclaimed the faster-selling game.

How well might Pokémon Sword and Shield do in 2020?

Even if "SSBU" maintains its 2019 sales figure of 5.6 million units, an enviable achievement in itself, Sword and Shield would surpass it with just over 7.2 million, a drop-off in sales almost identical to SSBUs 2019 figures.

Both games have expansions on the way, with six new characters coming to SSBU and two sizable new areas to explore in Sword and Shield.

What about becoming an overall best-seller?

Mario Kart 8 Deluxe is showing little sign of slowing down, having shifted 12 million in the year and a half since mid-2018.

Meanwhile, 1996 franchise debut Pokémon Red and Blue for the Nintendo Game Boy is understood to have sold a staggering 31 million copies over the course of its lifetime. – AFP Relaxnews 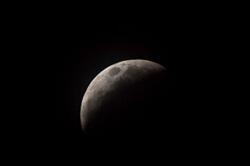