A woman from southwestern China who recorded a song encouraging her 33-year-old son to find someone to marry at Lunar New Year has become a viral hit with thousands of fans.

Tao, a blogger from Chengdu in Sichuan province, put his mother’s message on a video-sharing website. On Sunday, it found its way onto Weibo, China’s Twitter-like service, before official media, including People’s Daily, picked it up.

The song quickly gained fans for its earnest lyrics, while an accompanying video of Tao’s parents dancing added to its appeal. The People’s Daily Weibo repost attracted thousands of likes and shares, and by Monday the video had been watched more than 6 million times.

“The fattest flower on the plain, you’re still single at over 30, don’t be discouraged,” Tao’s mother sings. “Although you haven’t grown to be good-looking, you’re not too bad. Dry your tears and find a date over Lunar New Year!” 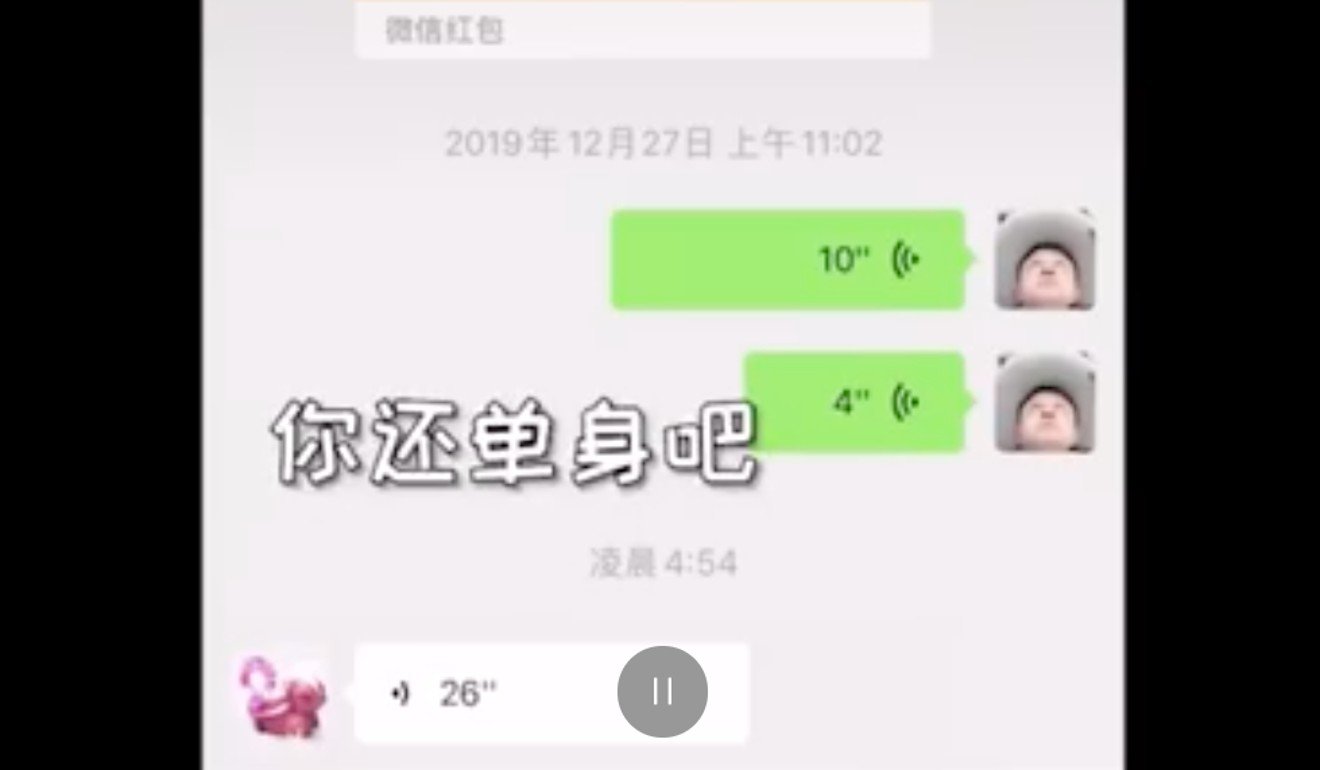 The Red Star News website quoted Tao as saying that he had a 30-year-old sister who was also single.

“My parents are especially determined to get both of us married,” he was quoted as saying. “They have outgoing personalities – especially my mum who likes to film short videos of herself dancing.”

On Weibo, many users said the video reflected the attitudes of elderly and middle-aged relatives who, during family reunions at Lunar New Year, pried into the personal lives of young people or put pressure on them to find partners.

In recent years, more millennials who chose to stay single until into their 30s have voiced complaints on social media about the behaviour of older relatives.

“Don’t get married and don’t have kids, then you’ll have peace,” wrote one Weibo user whose message on the viral song thread was “liked” more than 3,000 times.

“When I return home over Lunar New Year, the one thing that always leads to family arguments with my mum and dad is when they pressure me to get married,” another wrote.

But there was praise for Tao’s parents from other users, who liked the humorous way the middle-aged couple approached the issue. – South China Morning Post

Fifteen apps parents should be aware of: Are any of these on your child’s phone?
My dad wants to invest in Bitcoin. Should he?
Army of fake fans boosts China’s messaging on Twitter
US Feds say a lack of reporting poses barrier to cyber defence
As of iOS 14.4, Apple lets you get more volume out of your iPhone
Need a professional photo? In pandemic times, you can do it yourself
Biden revokes Trump order that sought to limit social media firms' protections
Stock photography: Tips for turning your photos into cash
'Chaos Monkeys' author calls Apple's statement on his departure defamatory
TeamViewer adds 2FA for extra security on Windows