The belt of the student’s schoolbag became entangled with the emergency door and opened it accidentally, police source says. A teacher from S.K.H. St Peter’s Primary School in Sai Wan says the pupil, who suffered minor abrasions, was sent to a hospital immediately on Dec 4. — SCMP

Police are investigating a freak accident on Dec 4 in which a primary pupil fell from his school bus, prompting the vehicle behind to slam on its brakes to avoid him being run over.

A video footage of the accident, which has been circulated widely among parents on social media, was captured by the vehicle behind the bus.

A source in police on Thursday said they were gathering evidence, such as video footage, and would interview the bus driver. Officers from the Hong Kong Island traffic unit are handling the case. No one has been arrested so far.

A teacher from S.K.H. St Peter’s Primary School in Sai Wan said the nine-year-old pupil, who suffered minor abrasions, was taken to Pamela Youde Nethersole Eastern Hospital in Chai Wan. He was discharged the same day.

“It was just an accident,” the teacher, Moses Wong Tin-chuen, said.

The boy sat alone in the back row, while his 11-year-old sister was also onboard.

The school sent employees to check on the pupil on the day. The next day, he said, the school notified police, the pupil’s parents and the bus service provider about the accident.

Following the accident, the school also carried out an inspection on all its buses. Covers have since been placed on the handles of all the doors of the buses to avoid a recurrence, he said. 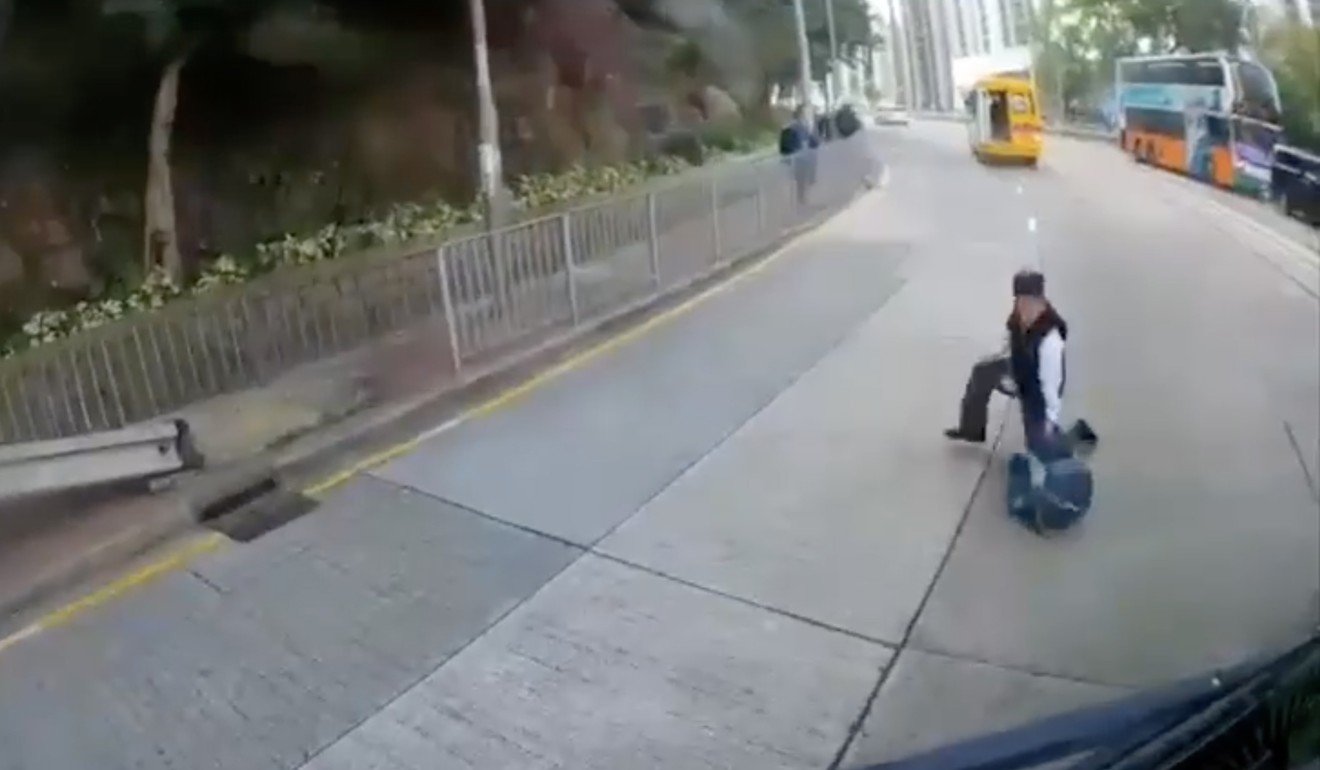 Both the vehicles were accelerating gradually after a traffic light on Tai Koo Shing Road changed and were about to turn onto King’s Road.

A police source said as the boy somehow lost his balance and fell off his seat, the belt of his schoolbag became entangled with the emergency door and opened it.

The boy fell, landing in the middle of the road. The driver behind, who was little more than a metre (3.3 feet) away, slammed on the brakes to save him.

The pupil picked up his schoolbag which was dropped, and dashed towards the bus that had stopped some distance away. A dropped water bottle remained on the road.

The driver of the vehicle behind then drove past the bus while also filming its driver as she alighted to check on the boy.

She said she would normally remove parts of door handles so pupils would not be tempted to fiddle with them out of curiosity. – South China Morning Post