This US gym franchise is bringing ‘smart’ equipment to fitness centres 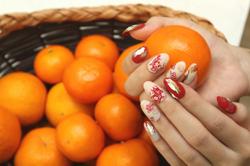 Hudson, who with her husband opened up a second Exercise Coach location in October, works with customer Bruce Johnson on a high-tech smart fitness machine. — Exercise Coach/TNS

Absolutely, said an Eden Prairie, Minnesota, couple who opened a new Exercise Coach franchise in Minnetonka that features Exerbotics fitness equipment. Kind of like a car seat that automatically adjusts to saved settings, the equipment tracks and automatically resets machine speeds, resistance levels and other settings to each client's specifications.

Until recently, the company said, the computerised equipment was mostly available in high-end medical and physical rehabilitation settings but not fitness studios. The Exerbotics equipment is exclusive to Exercise Coach gyms and requires no prescription.

"I am not aware of anything else like this in Minnesota. We really are leading the way," said Amy Hudson, who just opened the Minnetonka Exercise Coach location with her husband, Jesse, after operating another in Eden Prairie since 2017.

"It's something we are looking into," Williams said. "Right now, it's really in an uncharted territory here in the United States in terms of health clubs."

Clients at Exercise Coach work with a personal trainer to set beginning settings for factors such as proper knee and hip alignment and motion range, Hudson said.

On subsequent visits, clients enter their codes, and the equipment adjusts to the individualised settings.

The machines, which can cost up to US$15,000 (RM62,647) each, also let clients and their personal trainers track and graph results over time.

Dr Chuck Kelly, co-founder of Physicians Neck and Back Clinic in Roseville, said the tracking and robotic positioning features of the Exerbotics machines "sounds sexy", but added that the machines are likely to appeal to anybody who wants to isolate specific muscle groups so they can get stronger and healthier. In that sense, he wondered if the concept was all that different from what clients can do at bigger gyms.

The Hudsons said users like their concept and their exclusive machines.

The Eden Prairie location has more than 150 clients and is nearing full capacity. The new Minnetonka location, which opened Oct 7, has 50 clients paying US$25 (RM104) to US$50 (RM209) a session. Hudson said she and her husband expect to break even on their combined US$400,000 investment in less than three years.

Exercise Coach's parent firm, which is based outside Chicago, holds the exclusive license to use the wide variety of high-tech Exerbotics machines.

CEO Brian Cygan, who co-founded Exercise Coach in 2000, also became the CEO of Exerbotics in 2014. Both companies are headquartered in Lake Zurich, Illinois, outside Chicago. Exerbotics machines are contract manufactured for Exercise Coach by a team of mechanical engineers, electronic engineers, software developers and data scientists, Cygan said.

More Minnesota franchises are in the planning stages, but currently the Hudsons' two gyms are the only Exercise Coach locations in Minnesota, Cygan said.

Exercise Coach has 70 gyms in the United States and 20 in Japan.

"In the next three years, we want 250 locations open in the US," Cygan said. "We already have 185 franchise locations sold."

Exercise Coach gyms are outfitted with a variety of Exerbotics machines, including data-tracking leg presses, shoulder pulls, ab and back machines that measure not only strength but also muscle lengthening.

Cygan said the equipment was designed so clients can achieve a full body and cardio workout by visiting the gym just twice a week for 20 minutes each.

The Exercise Coach's business model is based on clients who don't like to exercise or who don't want to spend lots of time in a gym, Hudson said.

"We market to those who don't enjoy going to the gym," she said. "It's the person who is maybe busy and they work a lot of hours, or they are afraid of getting hurt or (are) healing after an illness. They want the benefits of exercise and getting stronger without having to spend a lot of time in the gym." – Minneapolis Star Tribune/Tribune News Service