Banking on the public to fund social enterprise startups

With the emergence of alternative funding platforms, the public can now vote with their wallets, giving startups – especially social enterprises – better access to early funding.

One startup that was funded through an alternative funding platform and is off to a good start is Me.reka Makerspace. It nurtures creativity in science, technology, engineering, arts and mathematics, including providing schooling for disadvantaged kids for free.

And Ray Go Solar got the financial support it needed to help transform homes into a source of clean energy.

“Innovative companies are able to reach out based on the strength of their ideas without needing connections,” said FinTech Association of Malaysia (FAOM) president Mohammad Ridzuan Abdul Aziz.

“This is the hope we have in terms of alternative funding.” 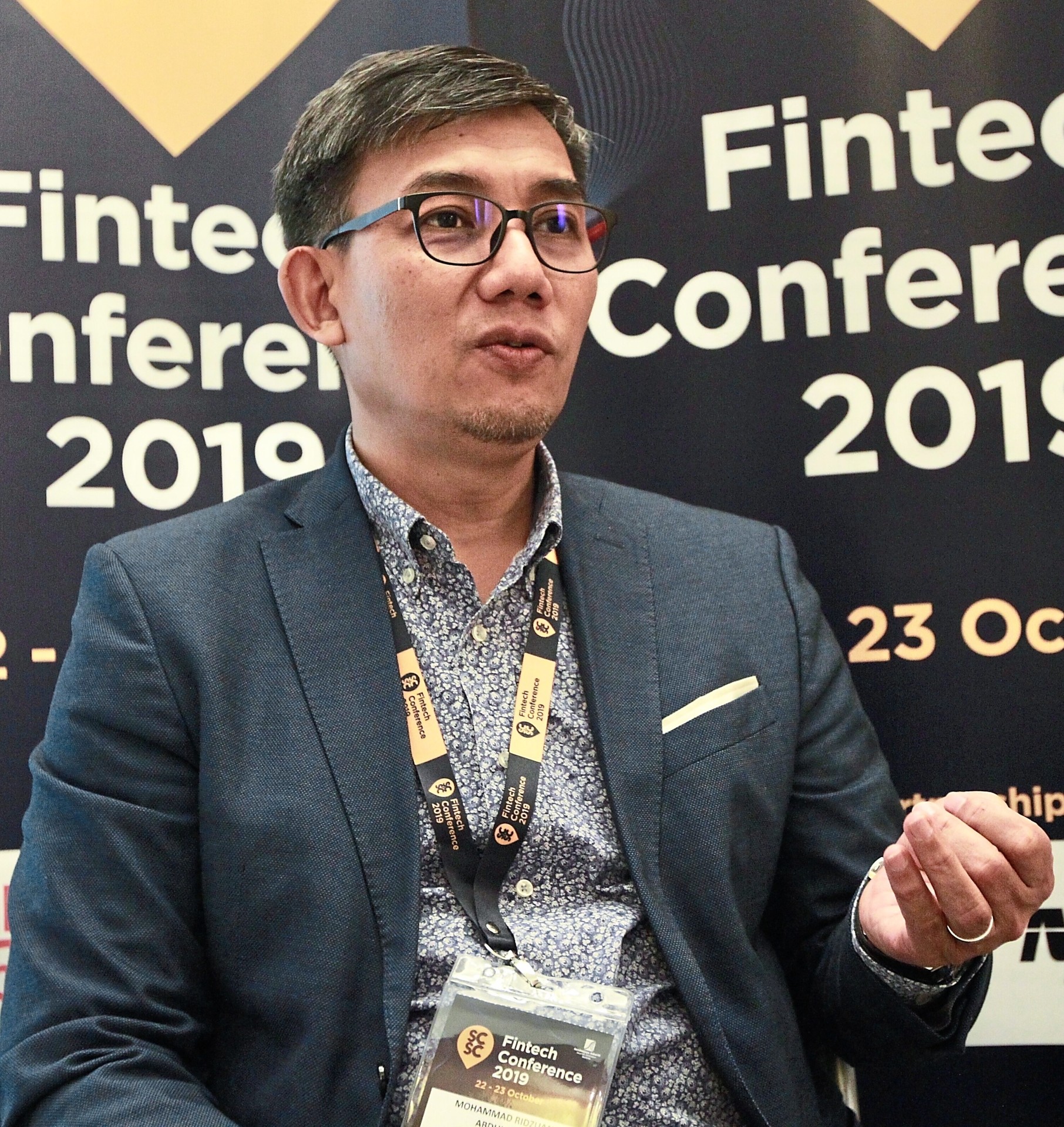 'Innovative companies are able to reach out based on the strength of their ideas without needing connections,' said Mohammad Ridzuan. — NORAFIFI EHSAN/The Star

In Malaysia, there are two types of platforms to pick from – equity crowdfunding (ECF) or peer-to-peer (P2P) lending.

Both work similarly, with investors able to pump in as little as RM10 to fund a company in need of cash.

In return, an ECF investor will get a small stake in the company while a P2P lender will be paid back in instalments with interest.

He added that the platforms are not “taking the banks’ lunch money” but filling the funding gap in new financial models like Internet businesses or social enterprises, where the value of social development is abstract and hard to calculate.

It’s still a young industry – the first six ECF companies were licensed in June 2015 and the first six P2P lenders in November 2016.

In May, three more ECF and five more P2P players were given the go ahead to join the fray by the Securities Commission (SC).

The industry has also garnered the attention of the government – in Budget 2020, it was allocated RM50mil via SC’s Malaysia Co-investment Fund (MYCIF).

This is the second year in a row that it is receiving the same allocation, bringing the total to RM100mil.

According to SC’s website, MyCIF invests in ECF and P2P campaigns on a 1:4 ratio – for every RM4 invested by others, it will pump in RM1.

Its co-investment scheme is open to micro, as well as small and medium enterprises (SMEs) but limited to RM500,000 per campaign.

In Budget 2020, an additional RM10mil was also allocated to specifically fund P2P campaigns by social enterprises.

This allocation differs in one way – the government will match any amount raised ringgit for ringgit.Mohammad Ridzuan said he welcomed the aid, as the ECF and P2P platforms have been funding social enterprises that typically don’t qualify for bank loans.

He pointed out a few success stories in the ECF sector – e-marketplace for migrants MyCashOnline and crowdsourced scholarship platform Skolafund – which solve social needs.

MyCashOnline helps the unbanked make online purchases without a credit or debit card, while Skolafund assists students that were overlooked by grant or scholarship providers.MyCashOnline, Skolafund and Green Lagoon Technology, a biogas harvesting firm that turns waste into energy, are the first three ECF fundraisers to offer a substantial payback to investors. 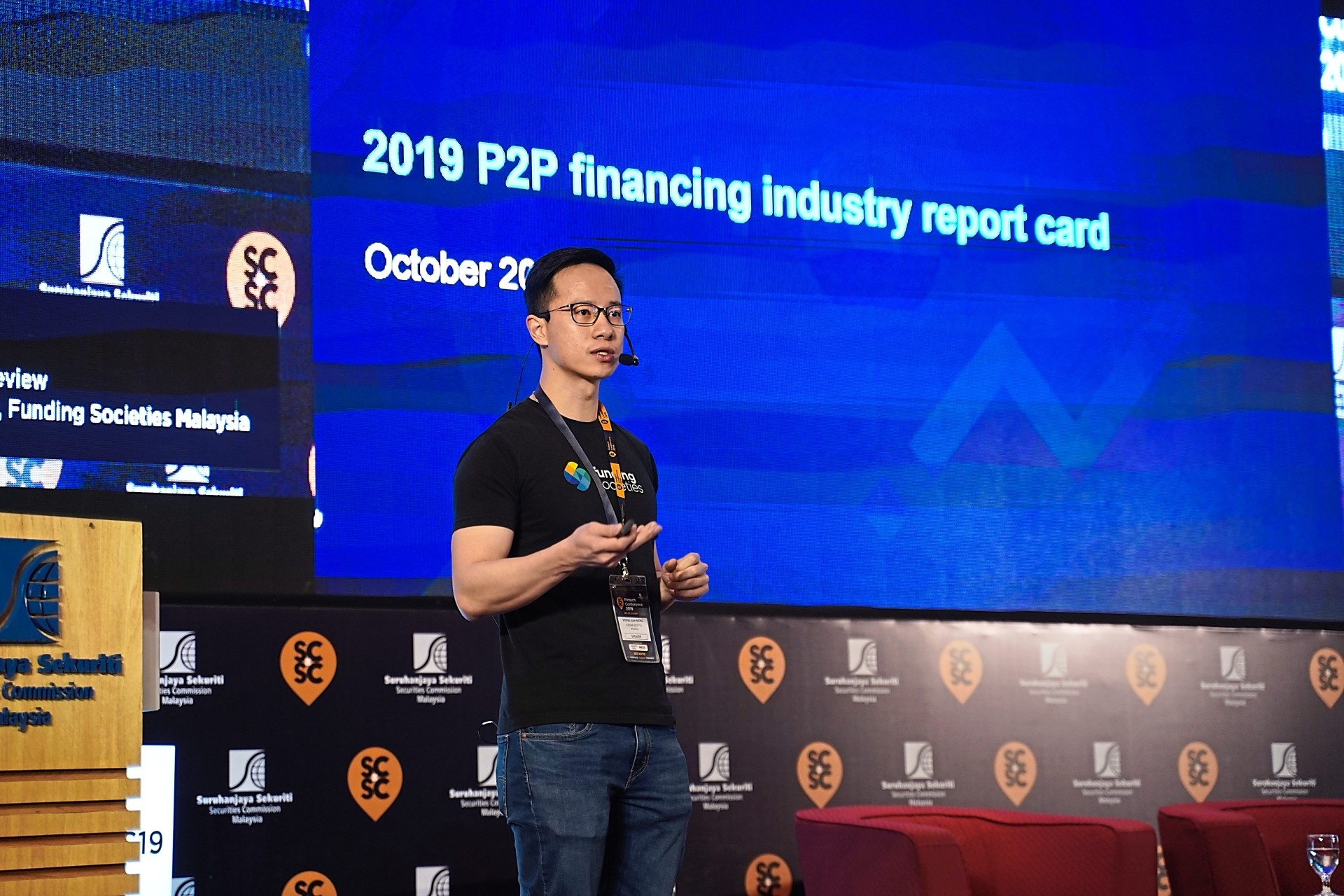 'This grant gives the government a way to invest in SMEs without having to do the vetting,' said Wong. — SECURITIES COMMISSION

Those investing in the companies earned a whopping profit – 44.2% for MyCashOnline, 10% for Skolafund and 100% for Green Lagoon.“It was unbelievable that they brought back such returns,” said Mohammad Ridzuan.

Funding Societies Malaysia co-founder and chief executive officer Wong Kah Meng said he prefers MyCIF to be sustainable through return on investment.This, he said, would mean the industry wouldn’t have to rely on the government to provide one-off large grants.

“We have to be mindful that this is taxpayer money. This system gives the government a way to invest in SMEs without having to do the vetting,” he said.

As MyCIF will only match up to 20% of what’s already been invested in the alternative fundraising programmes, the bulk of the money is expected to come from other sources, including the public.

In his report on the performance of the P2P industry for 2019, Wong revealed that 93% of investors are “retail investors” and the remaining 7% are “sophisticated”.

Wong said that 55% of retail investors are millennials under the age of 35 who invest between RM1,000 to RM1,500. He added that most of these individuals discovered P2P through digital channels.

The online nature of the platforms also make it easier for the general public to participate, with firms like Funding Societies Malaysia even offering automation services.

The system will invest in companies based on the rules set by a person because fundraising campaigns tend to be super competitive, and can be over quick, sometimes in minutes. 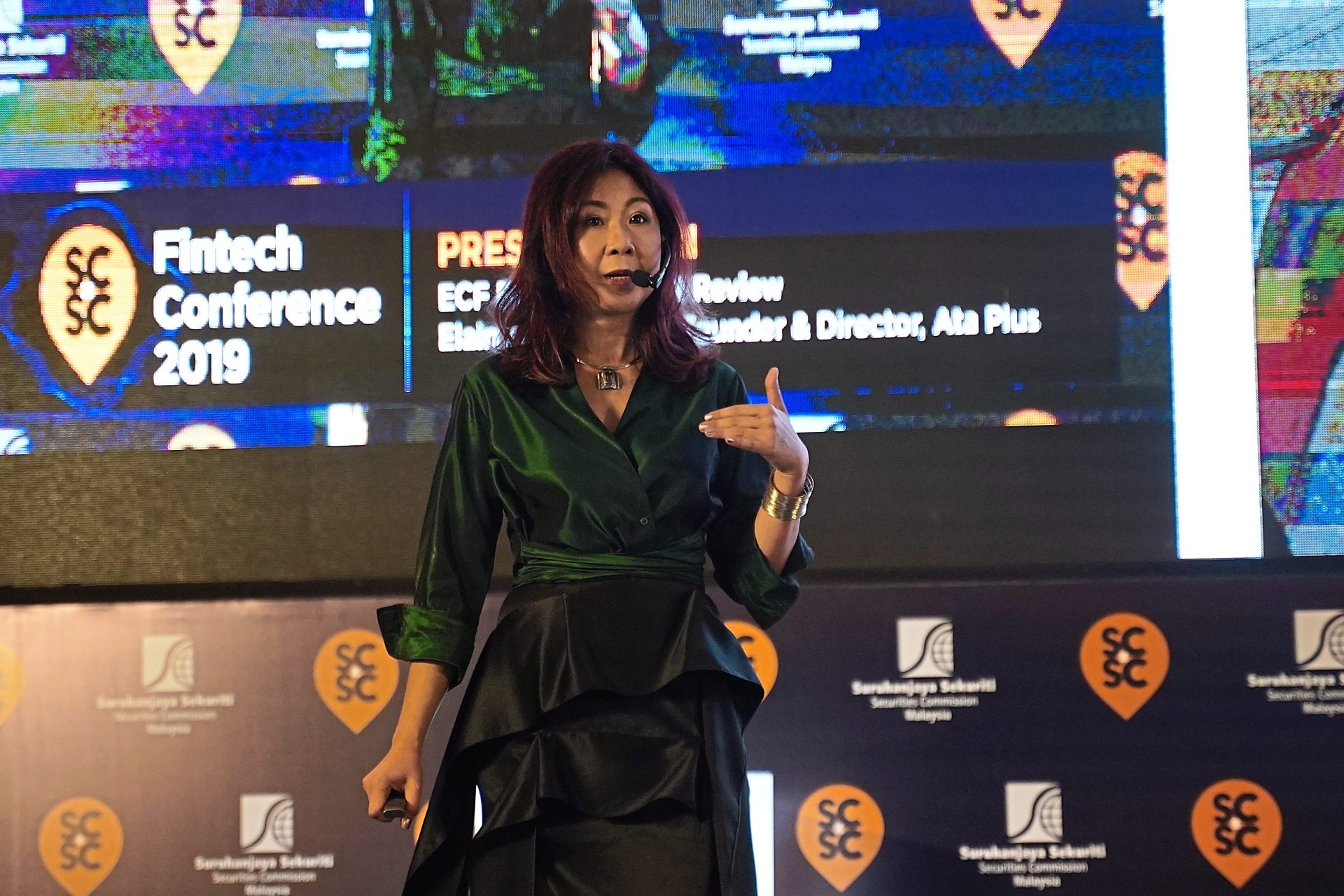 'The RM50mil commitment in ECF and P2P shows the government's confidence in the industry,' said Lockman. — SECURITIES COMMISSION

Wong explained that investors can specify parameters such as industries they prefer to diversify into, tenure of the loan, and the investment sum if there is a match.

Although the investment is automated, users will still be given a window to withdraw their money should they get cold feet.

However, the platforms should not be confused with fund manager services because users will have to ultimately decide where to put their money and how much.

To ensure everyone has a shot at investing, the system also ranks users in terms of “fairness”.

For instance, new investors who use the automation features are prioritised, and a portion of the fundraising campaign is also set aside for investors who prefer to do it manually.

The idea of getting communities to support a project and get something in return should be familiar to anyone who has backed a crowdfunding campaign on Kickstarter or IndieGoGo.

ECF firm MyStartr Sdn Bhd has a similar crowdfunding root, starting as a non-profit organisation back in 2012. To date it has organised over 1,000 campaigns and raised RM4mil in funds.

It previously offered investors perks and products from companies, as it only got its ECF license in May. 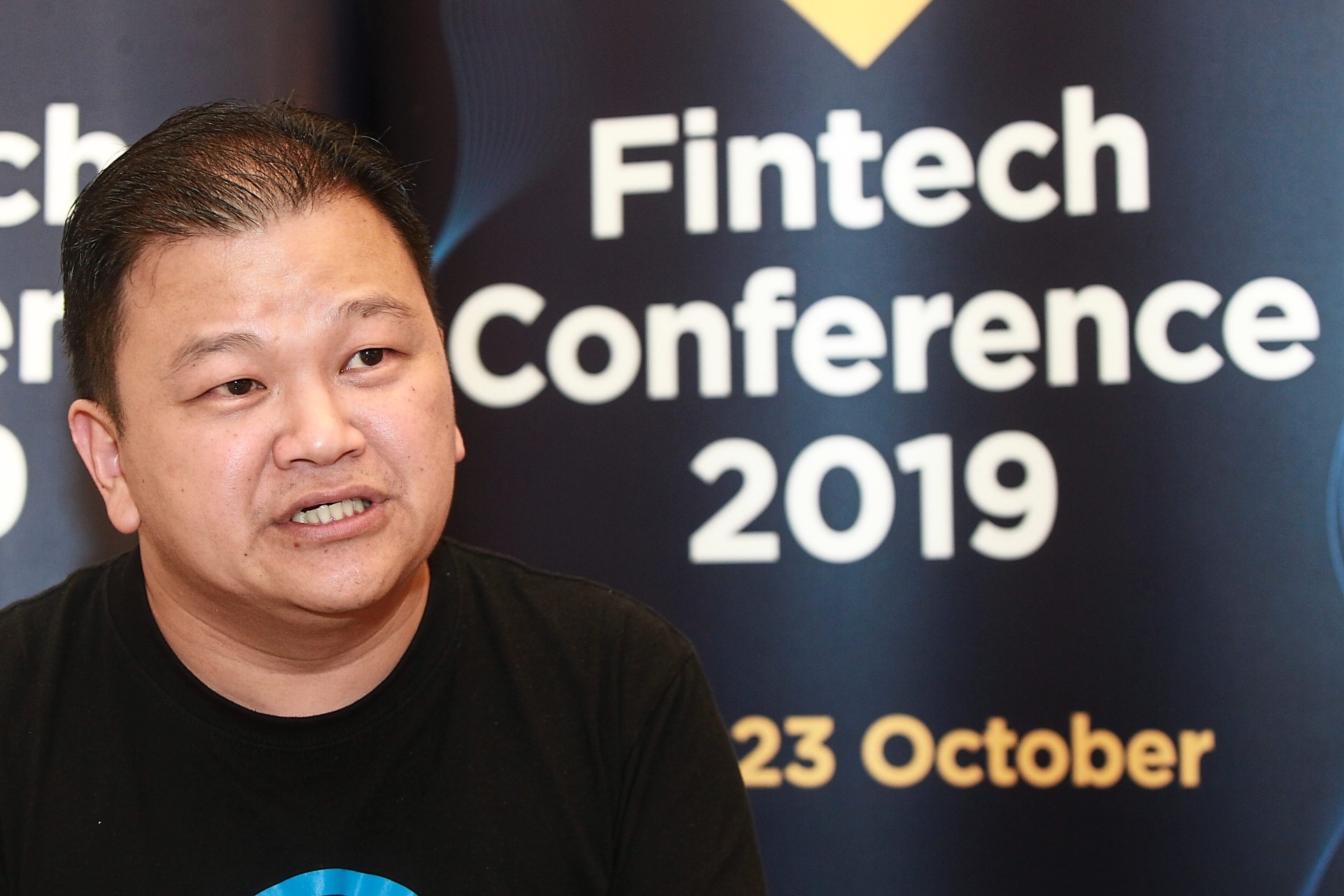 'We take the effort to make our service bilingual to reach a wider market,' said Goh. — NORAFIFI EHSAN/The Star

MyStartr CEO Goh Boon Peng said the company will rely on the company’s roots, and define its niche based on the Chinese-speaking community. He said there is a gap to be filled as there are only a few other ECFs servicing that market, and also because of the community’s preference for offline channels like its chambers of commerce.

Goh said the positioning of the company could lead people to think that the company is only focusing on one community but that’s not the case.

“We take the effort to make our service bilingual to reach a wider market,” he added.

According to the ECF in Malaysia Report Card for 2018/2019 presented by Registered Digital Markets Association president Elain Lockman, tech companies made up the bulk of ECF fundraisers, accounting for 75% of campaigns.

The report also stated that sophisticated investors are taking up larger stakes in ECF, accounting for 29% of investments as of October, up from 25% during the same period last year.

The percentage of retail investors shrunk a little – from 59% to 56%.

Goh said it’s important for a company to court retail investors because they can help advocate for the company’s services. ECF tends to attract like-minded people who believe in the company rather than seeing it purely as an investment, he added.

Mohammad Ridzuan agreed, saying that alternative funding platforms are not just about doing good business but doing business for good.