Cinema vs streaming: The battle over when and where you can see movies

LOS ANGELES: While superheroes, monsters and aliens battle on the big screen, a real-life fight is raging behind the scenes that will determine what moviegoers will see at their local cinemas.

The off-screen skirmish centres around the theatrical “window”, the time a movie plays exclusively in US theatres before it can be released on DVD or digital. That period averages 90 days, but upheaval across the media business is fuelling debate on whether that should shrink.

At stake is the future of movie theatres and small-screen entertainment as new technology giants upend decades of Hollywood tradition.

Netflix Inc has streamed original movies at the same time, or just a few weeks after, their debut in cinemas.

Competitor Amazon Studios has said it would like some of its films to play for only two to eight weeks in theatres before hitting the Amazon Prime Video streaming service.

Many theatre owners object, citing potential damage to their business. The group that awards the Oscars is weighing whether to respond, and A-list celebrities are taking sides.

Adam Aron, chief executive of AMC Entertainment Holdings, the world’s largest theatre operator, said his company would “consider any and all alternatives” but any changes to the current industry standard “would have to be beneficial to us or neutral to us”.

Even the king of the multiplex – Walt Disney Co – is getting into streaming, and is set to unveil details on Thursday of its strategy. That has stoked concern that it, too, might want movies in living rooms sooner.

At a recent CinemaCon convention for theatre owners in Las Vegas, Disney and other studios stressed the special experience of watching a film in a darkened theatre.

“A lot more people have had their first kiss in a movie theatre than their parents’ living room,” said Toby Emmerich, a senior executive at Warner Bros, part of AT&T Inc’s WarnerMedia, which also plans a streaming push.

Oscar-winning actress Helen Mirren was more forthright. “I love Netflix, but f*** Netflix!” she said to cheers and applause. “There’s nothing like sitting in the cinema and the lights go down.”

Netflix is in talks to buy the Egyptian Theatre, a historic movie house in the heart of Hollywood, a source with knowledge of the matter said. Netflix would host premieres and other industry events at the theatre, which opened in 1922, the source said.

Amazon Studios boss Jennifer Salke, meanwhile, declared the company “committed to the theatrical experience”. In June, it is slated to release comedy Late Night in theatres, with a traditional window.

Shorter windows would keep some customers at home, said Greg Marcus, chief executive of The Marcus Corporation, owner of the fourth-largest US theatre chain.

“If you damage the business and take away 10% of our customers, we won’t be able to reinvest in the theatrical experience,” Marcus said. “That would ultimately hurt content providers.” Others said consumers are happy with the current system.

“Windowing” is expected to be on the agenda this month at a meeting about rules governing the Academy Awards.

Some members of the Academy of Motion Picture Arts & Sciences, the group that awards the Oscars, have been debating whether films must play in theaters for a specific length of time to be eligible.

Director Steven Spielberg told Britain’s ITV News last year that movies seen primarily via streaming should compete for Emmys, not Oscars. A representative declined to comment on whether the director will urge the Academy to address the issue.

In February, Netflix won three Oscars for Roma, which streamed three weeks after a limited theatrical debut. Netflix tweeted that it “loved cinema” but also supported access for people who cannot afford, or do not live close to, theatres.

The Justice Department has waded in, warning the Academy that some eligibility limits could be anti-competitive.

An Academy spokesperson said any changes would be weighed at the April 23 meeting.

The issue could flare up later this year when Netflix releases The Irishman, a mob drama directed by Martin Scorsese and starring Robert De Niro and Al Pacino.

Filmmakers hope The Irishman will play broadly in theatres, De Niro said in an interview, though they realise Netflix’s chief audience is its streaming customers.

“They’re not going to cut their noses to spite their face,” De Niro said. “We get it. This kind of movie has to be presented that way.” But he added: “We’re working it out so we can have as much theatrical as possible.” – Reuters 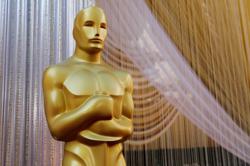 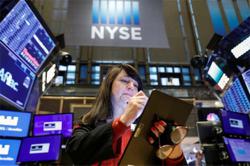