By Christopher Fam and Angelin Yeoh

Google has acknowledged the issues via the Google Suite Status Dashboard. — 123rf.com 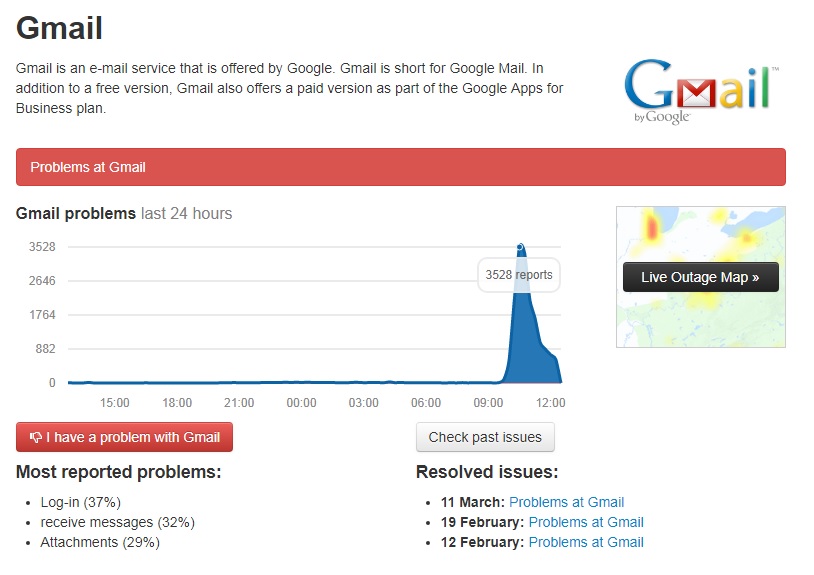 Meanwhile, those who say they can send emails say the attachments they send are not downloadable.

Google Suite Status Dashboard says users are able to access both Gmail and Drive, but are likely to receive an error message, experience high latency and other unexpected behaviour.

Google says it’s currently investigating the issues with both Gmail and Drive and more information will be available shortly, and gave this statement: "We’re aware of an issue affecting Gmail. Please visit the G Suite status dashboard for more details."

Gmail and Drive are not the only Google services experiencing issues – reports are surfacing that YouTube is also experiencing glitches. YouTube users are seeing error messages, experiencing slow video load times and issues when uploading videos.

Google's official TeamYouTube account on Twitter has acknowledged the issue and said it's working on a fix.

If you’re experiencing the below issues, we’re working on a fix:

Thanks for your patience--we’ll keep you updated here.


Some users have taken to Twitter to vent their frustrations:

So apparently Gmail is down in several countries around the world. They should just declare an International Non-Working Holiday #GmailDown pic.twitter.com/u9U3yiEd1G

I thought I was having a problem with my internet connection as I couldn’t download an attachment from Gmail. I checked Twitter for good measure, and it appears Gmail is going down globally, and Malaysia is clearly one of the countries most affected. #Gmail https://t.co/6HuOzzMIFl