Huawei Technologies, which on March 7 slapped the US government with a lawsuit in a bid to overturn a federal ban on its gear, also accused the US of previously hacking into its servers though it provided no fresh evidence to support the charge.

“The US government has long branded Huawei a threat. It has hacked our servers and stolen our emails and source code,” Guo Ping, Huawei’s rotating chairman, said in a press conference in Shenzhen on Thursday to announce the lawsuit against the US.

Guo did not elaborate on how the US government had hacked its servers to steal information but in an editorial in the Financial Times last week, Guo said part of the reason for US attacks on Huawei can be found in documents leaked by whistle-blower and former US government contractor Edward Snowden about the activities of the US National Security Agency.

Guo also spoke out about the US and its attitude towards cybersecurity at a recent high profile industry event.

“PRISM, PRISM on the wall, who is the most trustworthy of them all?” Guo said last month when speaking about the challenges of cybersecurity during a keynote address at Mobile World Congress 2019 in Barcelona. 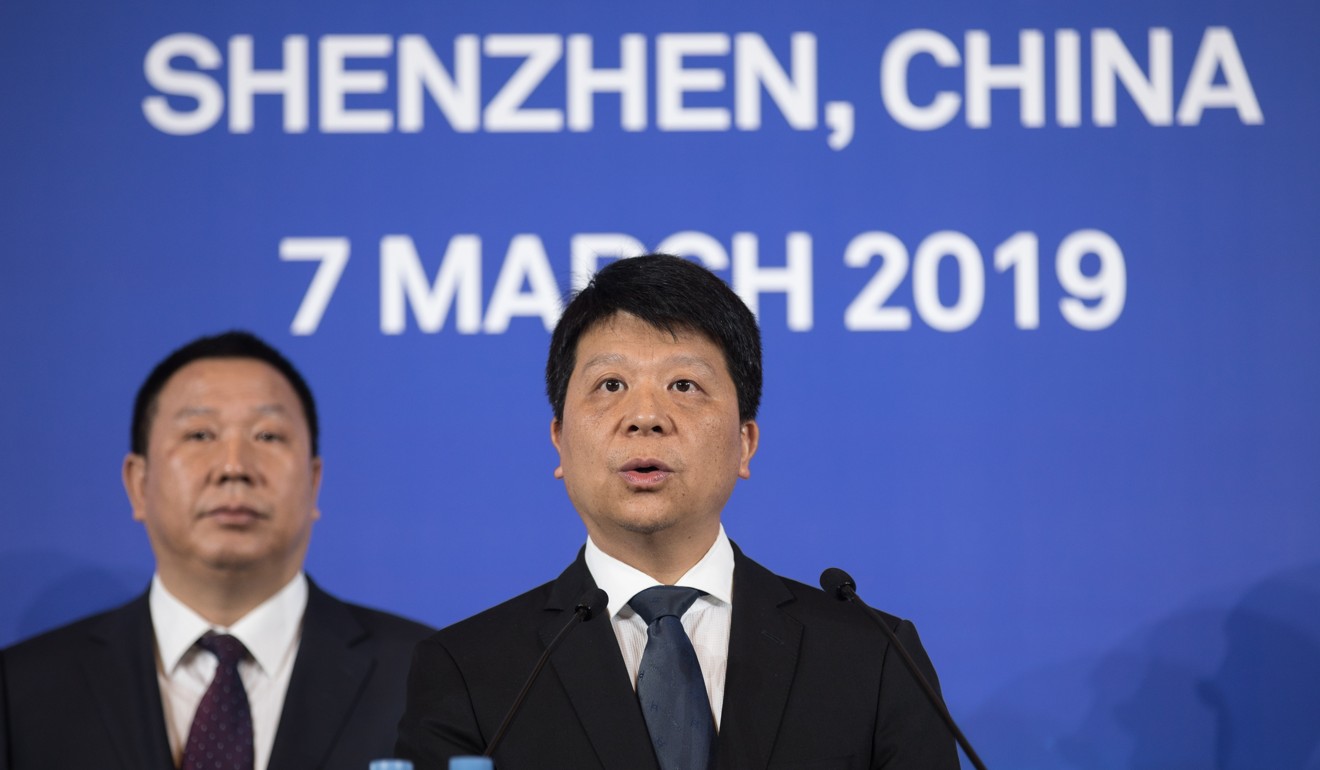 PRISM is the code name for an NSA program which collected internet communications from various internet companies in the US. The program came to light when classified documents about it were leaked to journalists by Snowden.

Song Liuping, Huawei’s chief legal officer, referred reporters to the leaked documents on the PRISM program by Snowden as a reference for Huawei’s claims about US cyberattacks on the company.

The NSA did not immediately respond to a request for comment.

The NSA penetrated equipment at Huawei headquarters in order to monitor communications on Huawei’s networking equipment globally, according to a New York Times report in 2014, based on documents provided by Snowden.

The NSA breached Huawei servers at its headquarters in Shenzhen to obtain information about how Huawei’s routers and complex digital switches worked, as well as spied on the communications of the company’s top executives, according to the report.

One of the objectives of the NSA operation was to find out if there were any links between Huawei and the Chinese People’s Liberation Army, according to a 2010 document cited by The New York Times.

“Many of our targets communicate over Huawei-produced products,” a leaked NSA document listed on edwardsnowden.com said. “We want to make sure that we know how to exploit these products – we also want to ensure that we retain access to these communications lines.”

“I believe that there is an espionage war being waged between China and the US,” said Henry Wolfe, a security professional and former associate professor of University of Otago in Dunedin, New Zealand. “Anything can be hacked. I don’t believe that the US ... fear that they cannot hack anything.”

Another cybersecurity expert said hacking is a fact of modern life.

“When nation states wish to attack core network infrastructure, they simply write software exploits. Malware code can be implanted in hardware and software remotely allowing state actors to conduct surveillance or launch an attack whenever and however they choose,” said Kevin Curran, a professor of cybersecurity at Ulster University in Northern Ireland.

“It is so much simpler and cheaper to do it this way.” – South China Morning Post