Unfolding future innovation: a look ahead at 2019's tech trends

All the ways life could change with technology in 2019.

FASTER data connectivity, smartphones with a bold new look and more reasons to cheer for the national team at a sporting event? These are just some reasons we predict 2019 is going to be another exciting year in technology.

Bend and not break

We could be getting our hands on a foldable smartphone by Samsung very soon – the South Korean tech giant gave the world a glimpse of a working protoype at the Samsung Developer Conference in November. 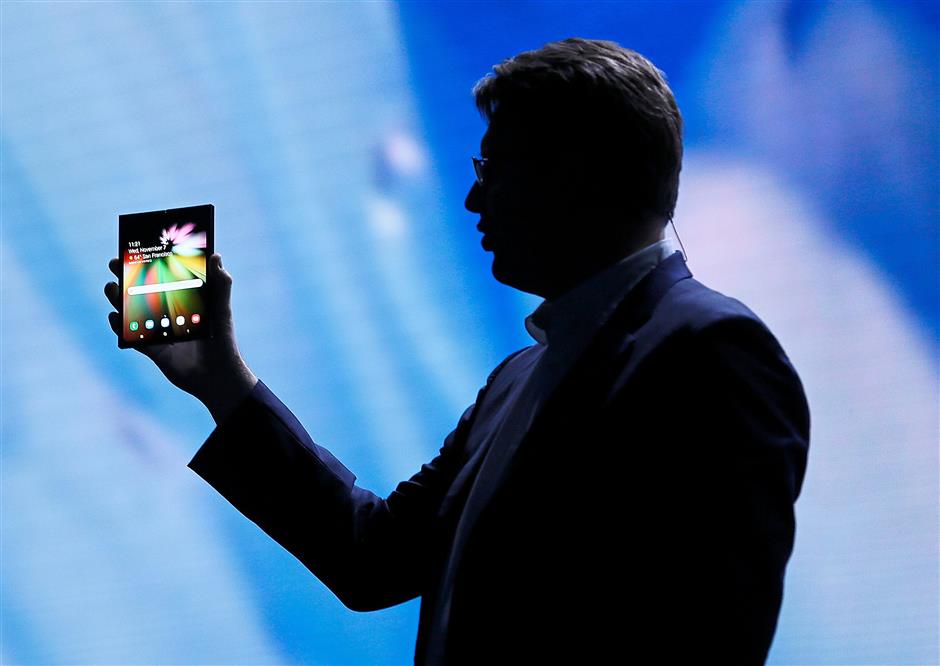 According to Justin Denison, the senior vice-president of mobile product marketing at Samsung, the prototype measured at 18.5cm diagonally. The new design will give users the experience of having a pocket size device – with a 4.6in screen when folded – that can be unfolded to reveal a bigger ­tablet-sized 7.4in screen, a feature Samsung has dubbed the Infinty Flex Display.

Sources told South Korea-based Yonhap News Agency that Samsung is planning to officially launch the device, tentatively known as the Galaxy F as Samsung has not given it an official name yet, at an event in March. Other companies looking to release a foldable smartphone include Huawei and Sony. Samsung’s foldable device with Infinity Flex Display is a smartphone model that features a tablet-sized screen when unfolded and a smaller screen when folded like a book. — AP

Speaking of Galaxy phones, Samsung also has another ­highly-anticipated release in 2019 and it’s the flagship Galaxy S10. Some leaks suggest that we could be looking at a device with a bigger full screen bezel-less feature – ­reputable leaker UniverseIce claimed the model will have a 6.7in display – multiple rear camera setup and interestingly, a punch-hole screen design for the front camera. (Notch? What notch?)

Citing Yonhap News, The Verge reported that the South Korean tech giant is expected to unveil the flagship Galaxy S10 in February 2019, most likely at the Mobile World Congress (MWC) in Spain. Yonhap’s sources also say there are plans to showcase the Galaxy F at MWC ahead of its official March launch.

The dawn of 5G network ­connectivity is upon us. This new technology promises significantly faster data transmission speeds and capacity, less waiting around for an online task to be completed (also known as lower latency), and could connect more smart devices and sensors simultaneously than ever before.

According to Reuters, 5G is ­currently in the final testing phase and is poised to offer data speeds of up to 50 or even 100 times faster than current 4G networks. In ­theory, that is.

To test real-world 5G speeds, Qualcomm ran a simulation to approximate real-world 5G speeds in Frankfurt and San Francisco, taking into account various factors such as geography, user demands on the network as well as devices with varying levels of LTE and 5G connectivity.

As reported by The Verge, the tests yielded more down-to-earth but still vastly improved speeds – in Frankfurt, browsing speeds went up from 56Mbps for 4G users to 490Mbps for 5G users, with download speeds clocking in at 100Mbps for over 90% of users compared to 8Mbps on LTE. In San Francisco, browsing speeds jumped up from 71Mbps for the 4G user to 1.4Gbps for the 5G user, while download speeds clocked in at 186Mbps on 5G compared to 10Mbps on 4G.

As 5G is an entirely new technology, users will have to upgrade to new smartphones – to that end, one of the variants of Samsung’s upcoming Galaxy S10 is said to support 5G, according to the Wall Street Journal (WSJ).

Apart from high speed mobile and data services, experts agree that 5G is essential for the next phase in developing technologies like self-driving cars and ­improving industries like ­healthcare, virtual and augmented reality and more. 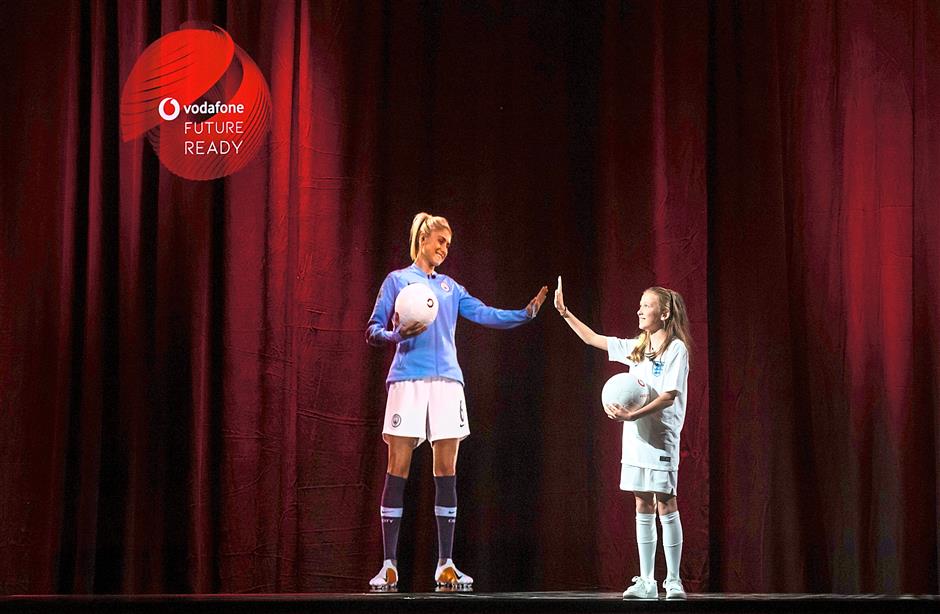 Vodafone demonstrated how a young football fan could get Houghton (left) to teach her some football skills with a holographic 3D call on a 5G network. — AP

In September, Vodafone ­demonstrated how a live 3D ­holographic call is possible with 5G at the Vodafone Future Ready Conference in United Kingdom. In the demonstration, English footballer Steph Houghton appeared as a hologram to give an 11-year-old fan some game tips. This exchange showcases how the technology could potentially change the way people communicate with each other, with more chances for remote coaching, training as well as enabling more immersive interactions with famous personalities.

In Malaysia, Communications and Multimedia Minister Gobind Singh Deo announced that Putrajaya and Cyberjaya as testing grounds for national-level 5G trials. The one-year trial began in November and the findings will help the government develop plans and policies on the use of 5G network in the country.

In 2019, brace yourself for the possible release of another Nintendo Switch. The WSJ reported that Nintendo plans to release a new version of the popular gaming console, with one possible upgrade being a better display.

One of the biggest news in 2018 is Sony announcing that it will not be attending the 2019 E3 Expo for the first time in 24 years. Instead, the company shared that it will be “engaging with consumers and the community in different ways”, with unconfirmed rumours ­swirling that the company might hold its own event to announce details on the PlayStation 5. 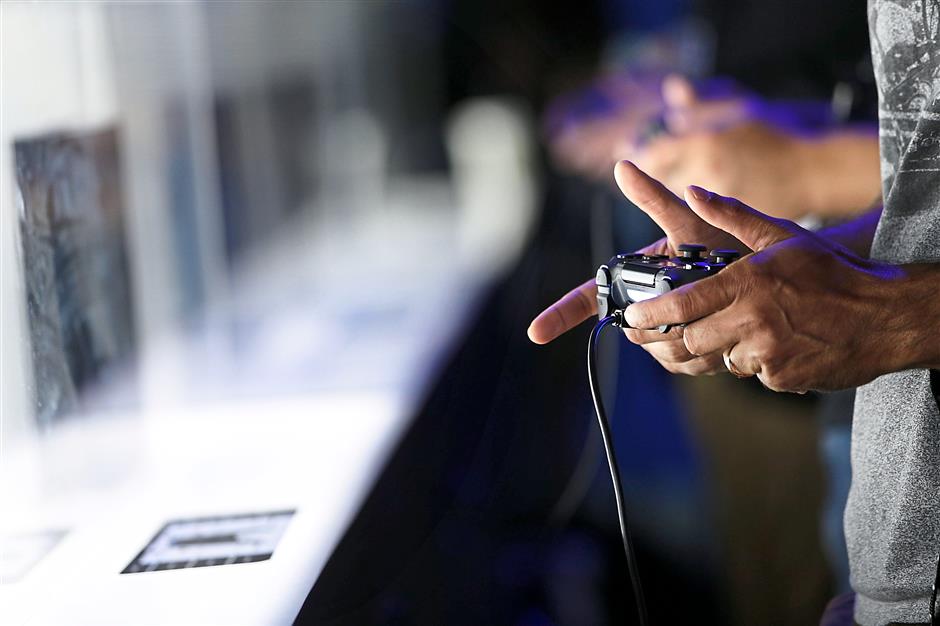 Companies like Sony, Microsoft and Nintendo could all be announcing new gaming consoles in 2019. — AP

According to tech website T3, the PS5 console may include upgrades to support 60FPS (frames per ­second) at 4K resolution and it will be running on next-generation AMD graphics cards. Sony could also be announcing details about the PlayStation VR2 – upgrades may include better controllers, new built-in cameras and gloves for enhanced virtual reality experience.

One company that is not ­skipping E3 in 2019 is Microsoft. Speculation is rife that the ­company will be using the event to announce details about two new next-generation Xbox consoles, codenamed Anaconda and Lockhart. Users could also be ­looking at a cloud-based streaming-only disc-less version of the Xbox One S for 2019, which could be announced as soon as next month, according to The Verge.

Microsoft is also expected to reveal more details about its Project xCloud, a Netflix-style streaming service for Xbox games. Not to be confused with Xbox Game Pass, Project xCloud – currently in beta testing mode – is said to make Xbox games available across PCs, phones, and consoles.

Gamers can also look forward to major videogame releases in 2019 – there’s the long-awaited Kingdom Hearts 3, The Last Of Us 2 and hopefully, Hideo Kojima’s star-studded and much-hyped Death Stranding.

For mobile gamers, there’s the 2019 release of the Harry Potter Wizards Unite AR game by Niantic, the same developer behind Pokémon Go. The game will allow users to encounter characters and creatures from the Harry Potter books, cast spells and solve ­mysteries.

AR technology is not exactly new to platforms like Snapchat and Instagram with its selfie filters, but we could be looking at more than just digital face masks in 2019.

In May, Facebook announced a new version of its AR developing tool AR Studio for content creators and developers. The tool is made for designing AR animations, ­visuals and interactions for the Facebook Camera. Along with existing features like AR Target Tracker and free-to-use sound files, Facebook said it will be adding other features like Body Tracking, Hand Tracking and analytics for AR effects. So you could expect more AR elements in the photos or videos your friends share on Facebook. 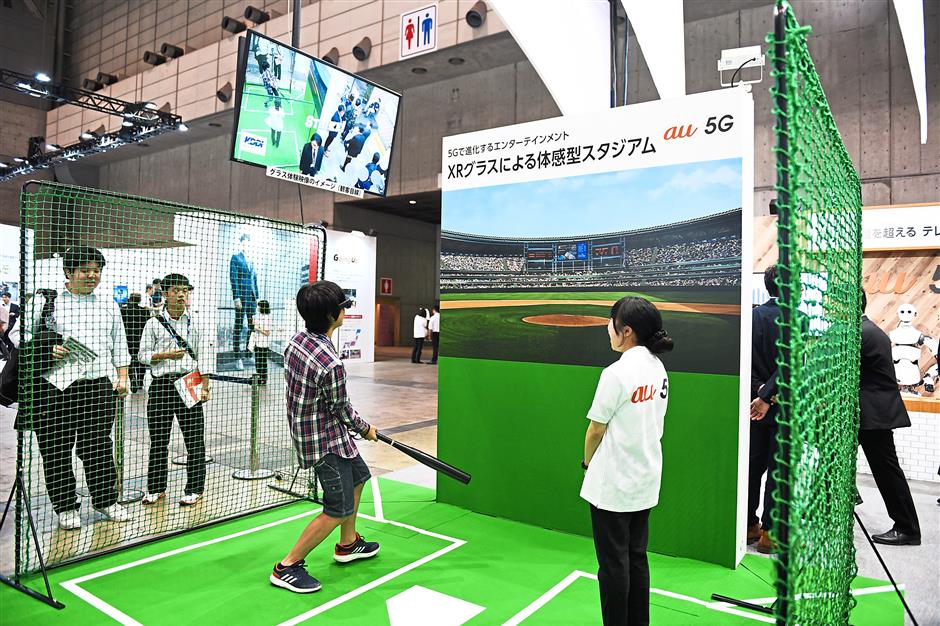 AR is likely to become a bigger part of the way we experience events in real life and consume content on social media platforms. Here, an attendee is trying out an AR baseball game at a trade show in Japan. — Bloomberg

AR could also be a part of more live experiences like concerts and sporting events in 2019. TechCrunch reported that rapper Eminem ­incorporated AR into his live ­performance at Coachella music ­festival in April.

Concertgoers could see added AR visual enhancements to the show by downloading the Eminem Augmented app.

In terms of gaming, something exciting is brewing at Niantic. The company announced that it is investing in holographic ­augmented reality display – technology ­developed by ­waveguide optics firm DigiLens, which specialises in ­wearable ­lightweight plastic AR ­displays. For users, it could mean that Niantic is looking to enhance game play interactivity with an AR device like smart ­glasses.

Cheer for Malaysia in eSports

Malaysia is beginning to embrace eSports as a mainstream sporting event. In the recent Budget 2019, the ­government announced a RM10mil budget for the development of eSports in the country.

In 2019, eSports will be a medal event at the South-East Asia Games (SEA) in Philippines. eSports Malaysia secretary-­general Rinie Ramli said a national league will be held as the selection ­process for a squad to represent Malaysia at the SEA Games. Get set to support a Malaysian eSports team at the 2019 SEA Games. — Bernama

Mobile Legends: Bang Bang is going to be one of the titles ­contested at the Games, along with other shortlisted titles like Dota 2, StarCraft II, Tekken 7 and Arena Of Valor, according to a recent announcement by the Philippine SEA Games ­organising committee and its eSports partner, gaming hardware company Razer.

eSports is also currently being considered as a medal event for the 2022 Asian Games in China. However, the plan to announce eSports as an official medal event has been put on hold as the ­gaming committee does not want a violent or shooting-based game to be contested. Reuters reported that titles for the 2022 Asian Games may feature sports-themed games like Pro Evolution Soccer (PES). Whatever it may be, we’ll look to eSports as a way of getting everyone together to cheer for the same team.