Ben Gomes, head of search for Google Inc., speaks during a 20th anniversary event in San Francisco, California, U.S., on Monday, Sept. 24, 2018. The search giant announced a raft of new features at an event celebrating its 20th anniversary. A Facebook-like newsfeed populated with videos and articles the company thinks an individual user would find interesting will now show up on the Google home page just below the search bar on all mobile web browsers. Photographer: David Paul Morris/Bloomberg

For two decades, typing a line of text into a blank search bar was the way almost everyone interacted with Google. Now the company is taking an even more active role in leading users around the Internet.

The search giant announced a raft of new features at an event Sept 24 to celebrate its 20th anniversary. A Facebook-like newsfeed populated with videos and articles the company thinks an individual user would find interesting will now show up on the Google home page just below the search bar on all mobile web browsers.

“It helps you come across the things you haven’t even started looking for,” Karen Corby, a product manager on Google’s search team, said in a blog post. The company also unveiled a feature to let people save searches in a collection and pick them up again later, and said it would present more information directly in search results, ostensibly helping people find what they’re looking for without having to click through to a different website. 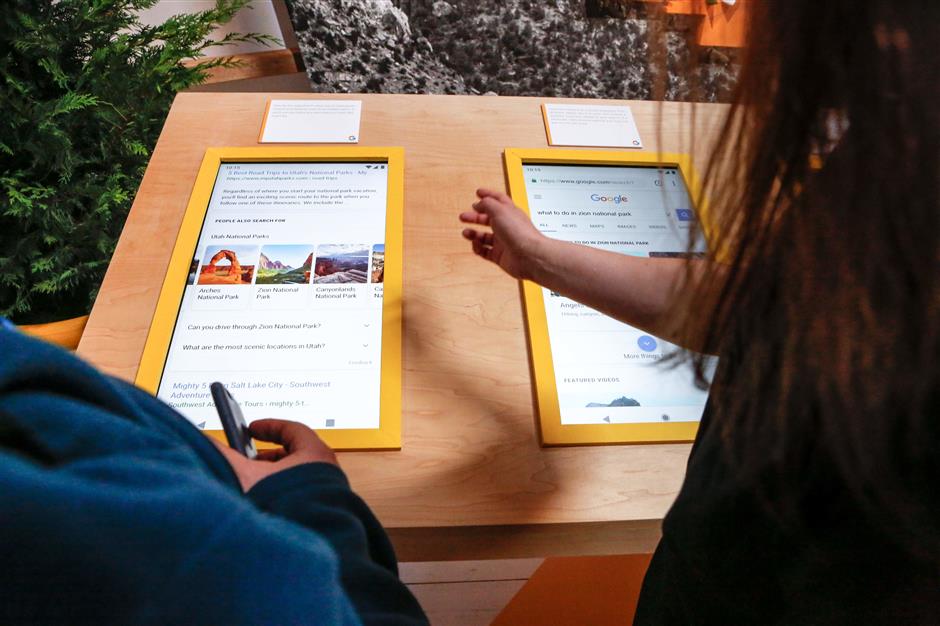 The Alphabet Inc unit wants to expand its presence on the Web and get people to spend more time directly on Google rather than on independent websites. In its drive to help people find information they’re looking for, the company is taking on tasks that were previously left to others. At the same time, politicians, activists and competitors are calling for greater scrutiny of Google’s ever-growing power over data.

On Sept 21, Bloomberg News reported that US President Donald Trump was considering signing an executive order that would instruct federal antitrust agencies to look into Google and other internet giants like Facebook Inc.

Expanding beyond a simple search bar isn’t a new development. Google has already pushed deep into some industries like travel, building its own flight and hotel search tools that have elbowed their way into a market traditionally dominated by Booking Holdings Inc and Expedia Group Inc. The announcements on Monday show that trend isn’t stopping any time soon. One of the features, collections, works similarly to online scrapbook Pinterest. The expanded feed, called Discover, increases Google’s role in suggesting content and information to people, rather than just being the portal they use to find things on their own.

“Providing greater access to information is fundamental to what we do,” Google’s head of search, Ben Gomes, said in a blog post. “There are always more ways we can help people access the information they need.”

Google’s come a long way since Sergey Brin and Larry Page created a search engine that ranked websites based on how many other sites linked to them back in 1998 in a Menlo Park, California, garage.

The company vanquished rivals like Excite, Yahoo and Ask Jeeves and built one of the world’s most-profitable businesses. Google was among the first to realise that a search service could become a giant digital funnel into which billions of people type their needs and desires. The money began flowing when it started showing relevant ads alongside search results, letting marketers reach customers at the right time and accurately measure the performance of their campaigns. 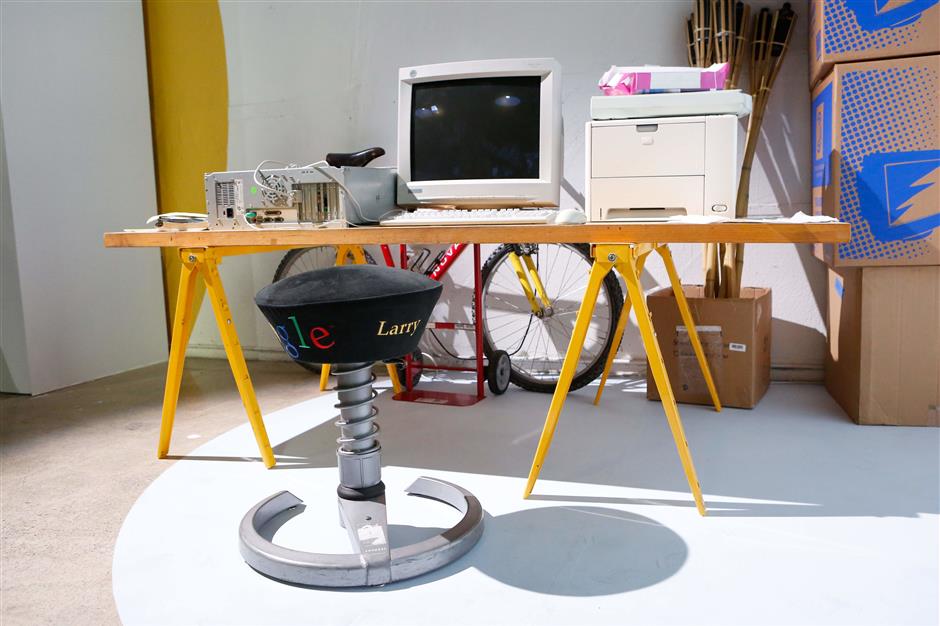 A replica of the original desk used by Larry Page, co-founder of Alphabet Inc., is displayed during a 20th anniversary event in San Francisco, California. — AFP

Brin and Page initially didn’t want to sell ads on search, arguing that would dilute the service with skewed information. Now, ads take up much of the screen when a user types something into the search bar on a mobile phone. Google has been adding new ad formats in recent years to keep revenue and profit growing. It made almost US$25bil (RM103.36bil) last year, with the search business providing most of that profit.

The company has used this money machine to create other internet services, often for free, such as the Android mobile operating system, email and digital maps. The US$1.65bil (RM6.82bil) acquisition of YouTube in 2006 turned Google into major cultural player and gave it another huge audience to sell ads to.

The money also let the founders satisfy their curiosity and creativity, leading to dozens of riskier, long-term projects such as Internet-beaming high-altitude balloons and glucose-measuring contact lenses. Many didn’t work out, but a few have turned into promising businesses, like the Waymo autonomous vehicle operation.

If that was Google’s exuberant youth, it entered the corporate equivalent of adulthood in 2015, when it reorganised as Alphabet, a holding company for all the appendages that sprouted.

Three years later, middle age is fast approaching, bringing new responsibilities, disappointment and judgment. Regulators in Europe are challenging its business model and fining the company heavily for breaking antitrust laws. Google is appealing. In the US, politicians have turned it into a punching bag. Conspiracy theorists find legions of followers on YouTube and its news service has struggled to filter out misinformation in the immediate wake of disasters and other major news events.