LONDON: THE inventor of the World Wide Web, Tim Berners-Lee, used his keynote at the Nokia World conference to suggest that everyone in the world should be provided with a low-bandwidth connection by default.

He said that currently only 20% of the world’s population is on the Web and that it is possible to get the remaining 80% online via mobile devices, thanks to the wide reach of cellular networks.

Berners-Lee, who is also the founder of the World Wide Web Foundation, urged network operators to include low-bandwidth data allowances on all mobile voice packages so that users could benefit from the Web.

“Even simple access to the Web can accelerate change within a village or a country,” he said.

This tied in neatly with Nokia’s increasing business focus on developing markets where it has a variety of services which deliver agricultural, healthcare and education information directly to low-cost web-enabled mobile phones.

Speaking further on the Inernet as a basic human right, Berners-Lee said that free or cheap access to the Internet would allow people to create their own communities, which would then allow them to share information and find solutions to common problems.

Speaking to an audience that included many application developers, Berners-Lee urged that more locally-valuable content and low bandwidth applications be created to enable those in poorer countries to get involved in the Web.

Touching more on apps, Berners-Lee said that web applications are the future because they will work on all kinds of different devices.

If more apps use HTML5 and scalable vector graphics as standards for display and scripting, then they will run on future devices “that we haven’t even imagined yet,” he said.

Berners-Lee also spoke on the topic of Net neutrality, saying that the moment we let it go, we will lose the Web as it is.

“You lose something essential — the fact that any innovator can dream up an idea and set up a website at some random place and let it just take off from just word-of-mouth, which could then end up helping humanity.”

With the rise of location-based services and putting more information online, privacy is another concern and Berners-Lee suggested that we may have to start thinking about it from a different point of view.

In order to hang on to their customers, companies would have to show them that they respect their privacy. The industry will also end up building systems to help these companies become more accountable, he said. 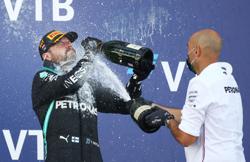