Disney Hotstar is home to global and Malaysian hits.

Looking to kick back and unwind after a long day of work? Join Park Seo-joon, Peakboy, Choi Woo-shik, Park Hyung-sik and V from BTS, in the spin-off travel reality series IN THE SOOP: Friendcation as these five celebrity friends go on a mini vacation together.

Fans of Korean culture and captivating storytelling can also enjoy a wide range of riveting Korean dramas on Disney+ Hotstar, including the edge-of-your-seat mystery thriller Big Mouth, starring Lee Jong-Suk as incompetent lawyer Park Chang-Ho who is accused of being a notorious conman; Link: Eat, Love, Kill about a world-famous chef who has a breakdown in front of his customers and is forced to revisit his traumatic past and the mysterious disappearance of his sister; Snowdrop, starring BLACKPINK’s Jisoo, in a story about a university student who goes against her family and her country to help the man she loves.

Over in the Marvel Cinematic Universe, binge watch the latest movie additions such as Doctor Strange in the Multiverse of Madness from the comfort of your sofa and catch up with familiar faces in WandaVision, Loki and new heroes Moon Knight and Ms Marvel.

For something out of this world, hop over to a galaxy far far away and catch the six-episode miniseries Obi-Wan Kenobi to learn about his journey from warrior hero to zen Jedi master.

From the highly popular local animation series Ejen Ali S3 to award-winning musicals such as Encanto, West Side Story and Hamilton. There’s something for everyone on Disney+ Hotstar so gather the family for a movie night!

ZEE Thirai - an Indian Tamil-language pay television channel which broadcasts Tamil movies 24x7, offers the latest Kollywood Blockbuster Movies and is one of the most popular movie channels in India. The channel features programmes like Thalaivi, Enna Solla Pogirai, and Kamali From Nadukkaveri.

Sony YAY! – a kids Tamil channel aimed at 3-13 year-olds and one of the most popular kids channels in India, brings exciting kids’ entertainment through a line-up of fan-favourite shows such as Honey Bunny, Paap O Meter, Kicko and Super Speedo.

WION - The World is One News (WION) is an Indian multinational English language news channel headquartered in New Delhi. The channel covers global news and current affairs from an Indian perspective.

With these new channels, unifi TV brings you a total of 73 premium channels and 15 streaming apps on its platform, playable on unifi Plus Box or unifi PlayTV app on mobile devices.

“Our recent collaborations with renowned international content providers further cement unifi’s commitment in providing world-class, high-quality entertainment to our customers and strengthens our position as a leading content aggregator in Malaysia,” he added.

New unifi Home broadband subscribers with unifi TV Ultimate Pack can watch Disney+ Hotstar at no additional charge, as long as their subscription is active.

New subscriptions to unifi Home 100Mbps without Ultimate Pack will be entitled to six months’ access to the streaming app.

Disney+ Hotstar is available as an add-on at RM16 per month to unifi TV Packs customers.

In addition to these, for karaoke lovers, MySing is the first and only karaoke OTT app fully operated locally in Malaysia, offering the latest hits in HD-quality.

MySing is available exclusively on unifi Plus Box with a 30-day trial for a limited time only. The app is available a la carte at RM14.90 per month. MySing is hosted on TM One’s intelligent Cloud – α Edge, an end-to-end comprehensive suite of cloud services with full stack hyperscaler capabilities.

All streaming apps with unifi are best viewed on unifi Plus Box for a big-screen, lean-back experience or on-the-go via the respective mobile apps.

More information about these exciting new content can be found on www.unifi.com.my/tv. 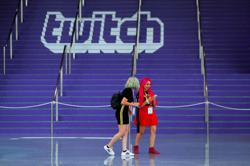