The secure engineering career option for the digital age

COMPUTER engineers are the drivers behind many of the innovations in technology today, from apps on mobile devices and computers to the latest computer platforms.

And the first step towards a career in computer engineering begins at Universiti Teknologi Petronas (UTP).

Existing at the crossroads of computer science and electrical engineering, computer engineers have been behind many, if not all, technological advancements of the computer age.

From computers, the Internet and smart phones to the technologies that are driving the Fourth Industrial Revolution (IR 4.0) such as Big Data, Internet of Things (IoT), cloud computing, autonomous systems and machine learning, computer engineers have made their presence felt.

Although computer engineers have been around for a long time, in the past their role would have entailed the designing of computers from scratch, says UTP Bachelor of Computer Engineering programme leader Dr Patrick Sebastian.

“In everything that’s happening in the world right now, for example technologies relating to IR 4.0 or IoT, the engineers who are driving these are computer engineers, or rather the engineers with the specialisation or interest in computer systems.

“They are the ones who utilise the various computing technologies and the communication that happens between the technologies,” he says, adding that computer engineers are behind many of the digital innovations, in particular app development.

“Take for example, the MySejahtera app, which is used to manage the Covid-19 pandemic outbreak in Malaysia. It has the ability to capture the image of a QR code, then translates that image into necessary information such as the location and time of the image capture.

“It then transfers that information to a centralised database where it gets processed, stored and hopefully then, be used to track and trace those who have been in close contact with infected people.

“So, that’s one of the few very exciting and readily available examples of where computer engineers are contributing their expertise,” he adds.

Computer engineers, he explains, are in high demand.

“They can work in any industry from manufacturing, electronics and computer systems to IT fields because they understand how hardware works. They have one foot in the electrical and electronics field where it’s primarily circuits, schematics, hardware, and the other foot in programming languages. 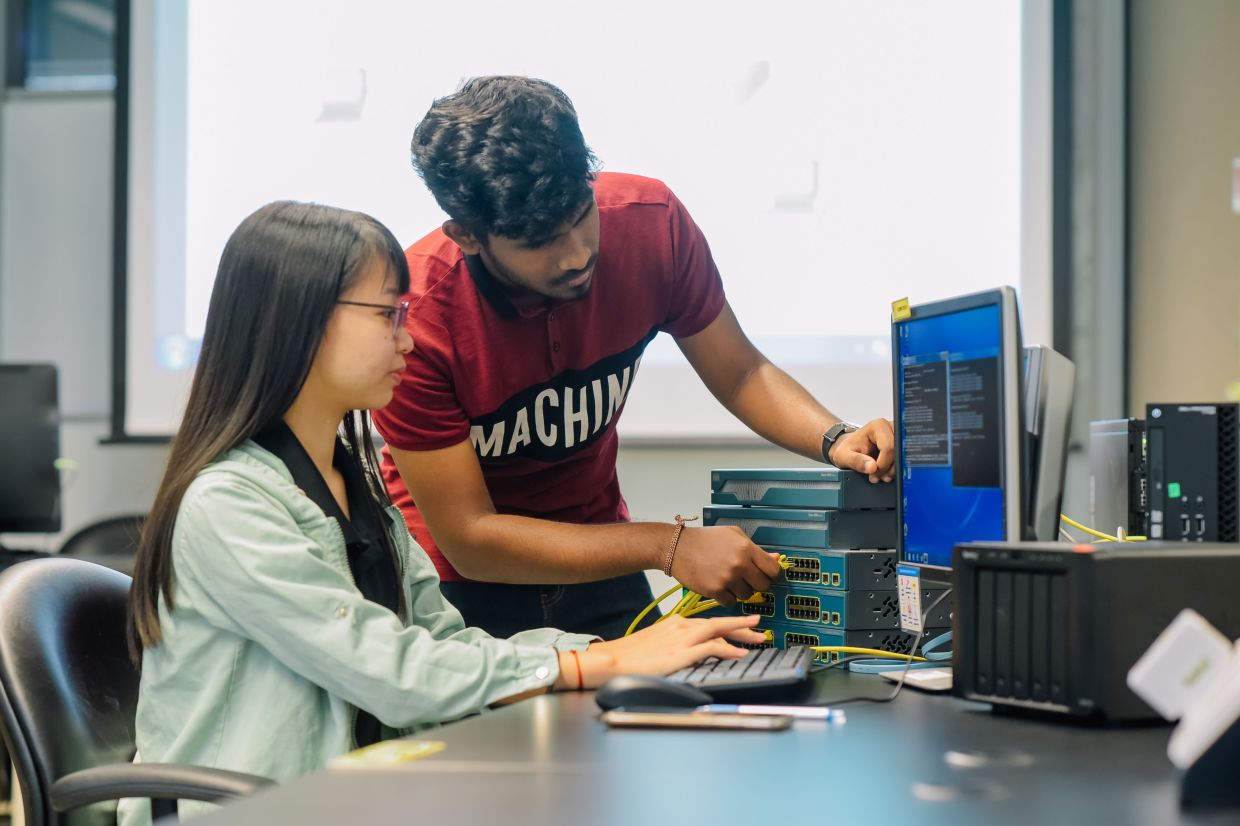 Patrick elaborated that these engineers have the synthesis of two worlds, both of hardware and software, and that they understand the underlying electronics that happen along with it.

“They understand the underlying firmware and how to connect hardware to software to make things run a little bit better.”

Computer engineering, he continues, would be an attractive career proposition for students with an interest in programming, apps development, and those with an inclination to building circuits or IoT devices.

UTP introduced its computer engineering in 2016 as there is a need for this field in the near future in developing countries like Malaysia.

The priority is to ensure that the undergraduates are equipped with strong foundational skills that can be applied to emerging technological trends.

“We take a different approach from other computer engineering programmes in that we approach it from the ground up,” Patrick mentions.

“So, students learn from the very small to the large server-based systems. When we started the programme five years ago, our approach was to instill in them a maker culture so that they could build circuits and systems from scratch.

“To do that, they need knowledge in basic computer systems, basic embedded systems or microcontroller systems, and we started to expose students to emerging trends such as big data analytics as well as data visualisation.

“We are now in the midst of enhancing the curriculum to prepare for the next five years. With the next iteration of the programme, we are slowly changing the focus to incorporate artificial intelligence into embedded systems, and explore its connection to large and small systems,” he affirms. 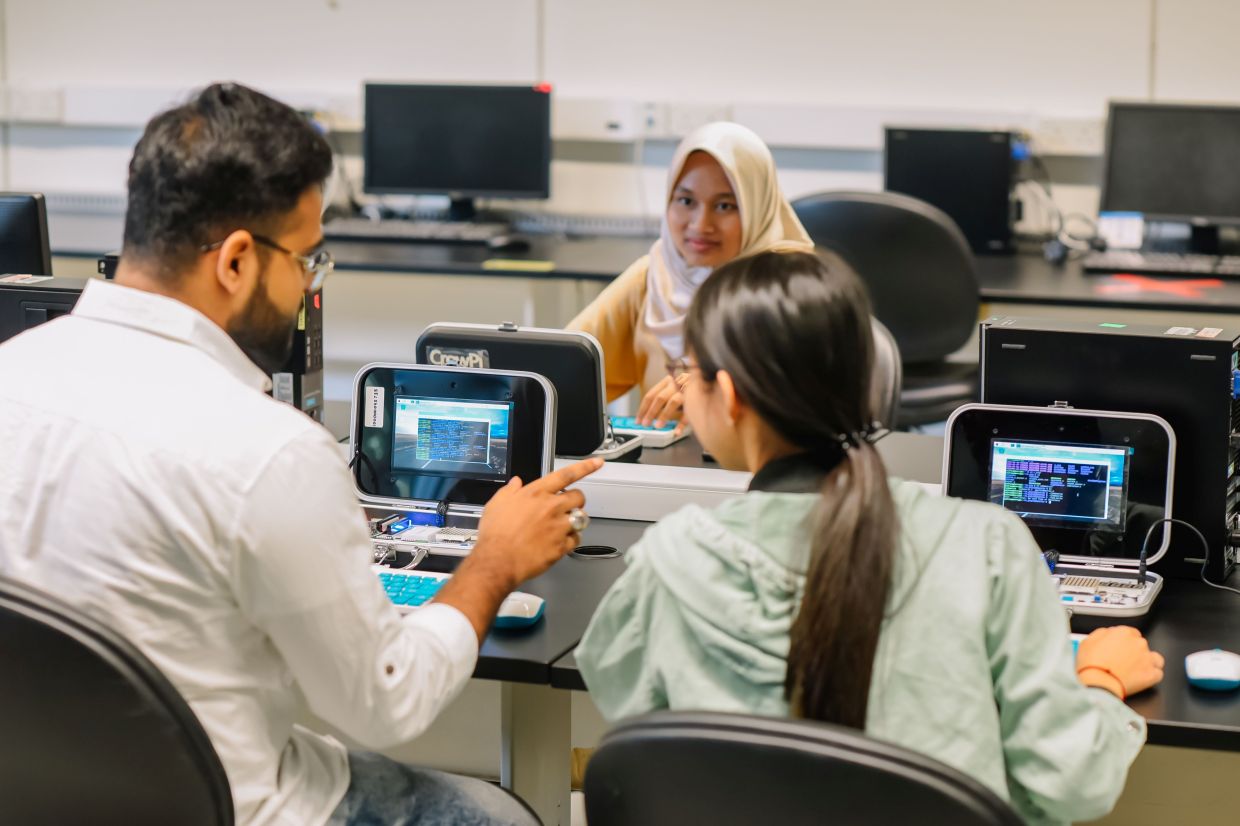 “We expose students to microcontrollers, like Raspberry Pi (good for software applications), Arduino (that make hardware projects simple), as well as the chips and architecture of ARM,” describes Patrick.

“We do this because ARM is becoming a worldwide standard - many devices run on ARM, for example mobile devices like the iPhone. So, we give them that kind of exposure.”

Undergraduates also benefit from the Computer Engineering programme’s collaborations with UTP’s Centre for Intelligent Signal and Imaging Research (CISIR), which is focused on medical imaging and video surveillance among others.

“So, we try to link the programme with some of the research undertaken at CISIR research.”

Patrick relates that undergraduates also benefit from projects relevant to the needs of industry and community.

Students hone their skills in systems integration through IoT-based projects such as for smart farming, for instance, he adds.

“We want our students to also be able to handle an entire infrastructure, from the capturing of data to its transfer to a larger system,” he says, adding that one of the projects currently being undertaken is an improvement to the MySejahtera app.

Students are integrating sensor information and sensor technology with the hand phone, and developing their own dashboards to display the data for tracking, so that close contacts of a Covid-19 positive case can be tracked and traced quickly.

The university is ranked 70th in the QS Asia University Rankings 2021 and also has a high ratio of international community among its staff and students.

This offers students a unique global intellectual and cultural experience. 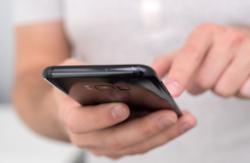 Getting to the heart of the matter
The islands off Hong Kong beckon
TNB RESKILLING MALAYSIA: SUPPORTING BUSINESSES
Maxis UsahaWIRA to digitally empower SMEs
A GOOD DOCTOR REMEMBERED
BUILDING UP TOWARDS ECONOMIC RECOVERY
UNEXPECTED JOY AMIDST CHALLENGING TIMES
How courage has led a local pet store to digitalise and thrive
Spotlight on Malaysian businesses: Riding out the pandemic storm by adapting to business changes
Nurturing the future generation of medical professionals