Efforts to preserve Malaysia’s rainforests as a legacy for the future are an ongoing priority for the nation.

Standing tall after more than a hundred years – that’s the proud legacy of Malaysia, which has been among major nations that have protected and conserved their tropical forests through best practices in sustainable forest management (SFM) and responsible trade.

As a founding member of the International Tropical Timber Organization (ITTO), established in 1996 under the auspices of the United Nations amidst growing global concerns for the fate of tropical forests, Malaysia stands firm in its commitment to (SFM practices, especially as it commemorates the International Day of Forests on March 21.

In conjunction with Malaysia’s observance of the day, it seems timely to look back on our history of forest conservation.

About 10.92 million hectares of total land area in the country have been gazetted as permanent reserve forests (PRF), which are managed sustainably for their economic, social and conservation values.

Within the PRF, harvesting is only allowed in the production forest, while 3.31 million hectares of the total land area are gazetted as totally protected areas (TPA). In TPAs, logging or any form of commercial exploitation is strictly prohibited, with only licensed research-based activities being allowed.

A significant achievement in this aspect is the Government’s ban on the conversion of forest reserve areas for commodity cultivation purposes.

The country is also a signatory to several significant multilateral environmental agreements ranging from climate change to safeguarding biodiversity including endangered species, wetlands and forests.

Having practiced SFM for more than a century via various timber and forest agencies, Malaysia has not had to make major adjustments to its forest management practices to comply with the United States’ Lacey Act, Australia’s Illegal Logging Prohibition Act and the European Union’s Timber Regulation among others - which share the critical position that only legally harvested timber can be imported into these countries.

In its firm advocacy of sustainability, Malaysia pursues SFM through various national strategies and programmes including certification initiatives such as the Malaysian Timber Certification Scheme (MTCS); enhancement of forest laws, enforcement and governance; as well as research and development projects and the implementation of best agricultural practices.

All states in Malaysia are required by law to draw up forest management plans based on the concept of rational land use and multiple functions of the forests.

Moreover, the extensive Malaysian Criteria and Indicators for Sustainable Forest Management (MC&I), which is used to assess progress at the national and forest management unit levels, is revised once every five years for continuous improvement in line with the latest developments in technology, standards and management systems.

The voluntary national timber certification scheme MTCS, which initially utilised the 1998 ITTO Criteria and Indicators as a basis for developing the MC&I standard, is operated by the Malaysian Timber Certification Council.

It provides for independent assessment of forest management practices, as well as audit of timber product manufacturers or exporters to ascertain that such products are sourced from sustainably managed forests.

The MTCS has become the first tropical timber certification scheme in the Asia Pacific region to be endorsed by the Programme for the Endorsement of Forest Certification since 1 May 2009, which gives further assurance and credence that forests certified under the MTCS are implementing best management practices.

On one hand, collaborative initiatives between the Government and non-governmental organisations help conserve and preserve the forest, including projects such as the Central Forest Spine in Peninsular Malaysia and the Heart of Borneo that covers the trans-boundary forest heritage of East Malaysia, Indonesia and Brunei.

Another success story is the large-scale rehabilitation project implemented in Bukit Piton Forest Reserve, Sabah since 2007. Work carried out by the project partners such as Sime Darby Bhd, WWF- Malaysia and Sabah Foundation has successfully restored 11,313.16 hectares of forest area with the planting of over 1.5 million seedlings of more than 95 tree species for the habitat of Orangutans.

On the other hand, forest plantations - which have a long history in Malaysia since the establishment of rubber plantations in the 1800s - are being developed to alleviate the pressure on natural forests.

Its national development has been given a greater boost since 2006, with a target of establishing 130,000 hectares of forest plantations by 2020.

An encouraging development of late is the involvement of private sector investors in establishing large-scale Eucalyptus plantations in Pahang and Perak, with technical expertise provided by the Forest Research Institute Malaysia and forestry institutions from China.

Muhtar Suhaili is the chief executive officer of the Malaysian Timber Council (MTC). Entrusted by the Ministry of Plantation Industries and Commodities for the promotion of timber products locally and overseas, MTC advocates the importance of conserving and preserving the forest through relevant forestry policies that benefit not just its people, but also contributes to the health of the global environment. 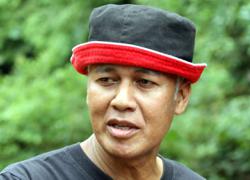 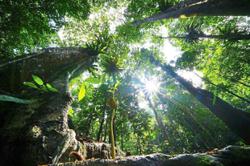