(Reuters) - Spain's Fernando Verdasco has been provisionally suspended for two months after failing to renew a Therapeutic Use Exemption (TUE) and testing positive for the drug methylphenidate, the International Tennis Integrity Agency (ITIA) said on Wednesday.

The 39-year-old, who reached a career-high ranking of number seven in 2009, accepted a voluntary ban until Jan. 8 next year after his urine sample collected at an ATP Challenger event in Rio de Janeiro in February contained the drug.

Verdasco admitted the Anti-Doping Rule Violation and said he was diagnosed with attention-deficit/hyperactivity disorder and used methylphenidate as prescribed by his doctor to treat the condition in accordance with a TUE.

However, he forgot to renew the TUE when it expired and has since been given a new one by the World Anti-Doping Agency for his medication moving forwards.

"The ITIA accepts that the player did not intend to cheat, that his violation was inadvertent and unintentional, and that he bears no significant fault or negligence for it," the ITIA said in a statement.

"In the specific circumstances of this case, based on the player's degree of fault the Tennis Anti-Doping Programme allows for the applicable period of ineligibility to be reduced from two years to two months."

(Reporting by Shrivathsa Sridhar in Bengaluru; Editing by Angus MacSwan) 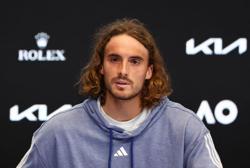