Tennis-Norrie sets up fourth-round showdown with Rublev at U.S. Open 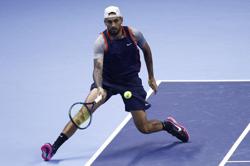 NEW YORK (Reuters) -British number one Cameron Norrie chipped away at Holger Rune's defences to win 7-5 6-4 6-1 on Saturday and reach the fourth round at the U.S. Open for the first time with new confidence on the Grand Slam stage.

The 27-year-old Wimbledon semi-finalist had already beaten Rune twice this year and showed he had not lost the winning formula in sizzling conditions, making 22 unforced errors to his 19-year-old Danish opponent's 43.

Rune saved 11 of the 18 break points he faced in the match but was left without answers in the third set when Norrie, who had hold of the momentum, stormed through in 29 minutes without dropping a single first-serve point.

"Just went two hours and he kind of dropped his intensity, and started playing too aggressive, in my opinion, and was missing a lot," said Norrie. "I feel like I did my job."

The seventh seed enjoyed a career breakthrough when he reached the second week of a major for the first time at the All England Club earlier this year. While no ranking points were on the offer, the performance provided a clear mental boost.

"Especially ticking that box to make the second week for the first time, that was huge for me. It was a big goal of mine to play well at slams and play deep in slams, and to have these matchups," said Norrie, who had a strong run-up to Flushing Meadows after reaching the Cincinnati semi-final.

"I still got a lot of things I would like to improve, and I got tomorrow to do that."

The Russian saved 13 of 17 breaks across the match in a tremendous defensive display but failed to clinch it on three match points late in the fifth set, as hard-hitting Shapovalov got a critical break to send it into a tiebreak.

Rublev overcame a rowdy Grandstand crowd firmly on his opponent's side to clinch it on the fifth match point before collapsing to the court and burying his face in his hands.

(Reporting by Amy Tennery in New YorkEditing by Toby Davis) 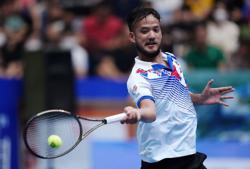 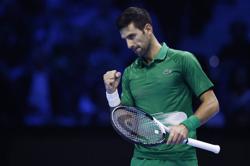