Tennis-Rybakina finds her range to set up Halep semi-final 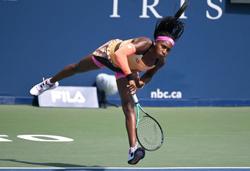 LONDON (Reuters) -Elena Rybakina recovered from a shaky start to overwhelm Australian Ajla Tomljanovic 4-6 6-2 6-3 on Wednesday and set up a Wimbledon semi-final with Simona Halep, becoming the first Kazakhstan player to reach the last four of a Grand Slam.

Rybakina, the 17th seed, struggled in the first set but then started finding her serving range, at one point taking seven games in a row to secure the second set and put her in control of the third.

The 23-year-old, who would not have been allowed to play at this year's Wimbledon had she not switched allegiance from Russia four years ago, finished the match with an ace - her 15th of the match.

"It's amazing and I'm really happy that I got through after a really tough match," she said.

Explaining a final set wobble after serving for it at 5-1, she added: "Maybe I was nervous. She played really well, was defending really well. I just tried to focus on myself to find my way and then I found it."

Rybakina struggled to reproduce the serving power and accuracy that had been a hallmark of her march into the last eight, failing to land almost half her first deliveries in the opening set.

She broke early in the second and though Tomljanovic’s athletic court coverage enabled her to hit straight back, the tall Kazak then took total command, breaking to love before winning the set on the back of 11 straight points.

She cranked up the pressure in the decider, taking a 3-0 lead after winning seven games in a row, and breaking again for 5-1.

Tomljanovic was left throwing her arms up in despair as nothing she tried seem to come off and she sensed her hopes of a first Grand Slam semi-final were slipping away for the second year in a row.

Serving for the match and the biggest win of her career, Rybakina slumped to 0-40, and though she fought back to deuce, Tomljanovic completed to break to cling on to her outside hope.

The Kazak then wasted two match points on Tomljanovic’s serve but it was the briefest of respites as Rybakina hammered down three service winners to close out her victory in style. 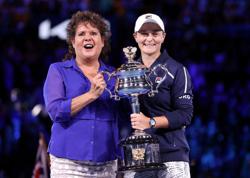 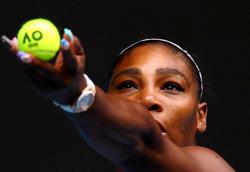