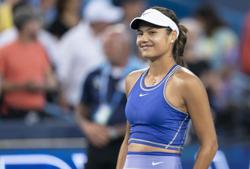 LONDON (Reuters) - Heather Watson broke a personal barrier on Sunday by playing in the fourth round of a Grand Slam for the first time and, at 30, believes she has a lot more tennis in her.

After losing 6-2 6-4 to big-hitting German Jule Niemeier, the Briton said she would now put all her efforts into the doubles with compatriot Harriet Dart.

Watson, who is playing at her 42nd Grand Slam tournament, appeared disappointed but not downhearted as she smiled and joked through a post-match news conference.

"I think in the women's game, often people are breaking through later," Watson said. "I think experience counts for a lot. Everybody's journey is different. This is mine. I broke a barrier this week. So I am definitely hungry for more."

The Guernsey-born player, who was out-powered by Niemeier, said she was still happy out on the tennis court.

"I believe in my tennis and my game. I still really enjoy it. I think that's really important. So I'll keep plugging away, as I always do. I've been around a long time now, and I hope to be around at least a bit longer."

Watson, who won the Wimbledon mixed doubles title with Henri Kontinen in 2016, pulled out of the mixed this year after injuring her knees falling on the grass but is keen to keep the women's doubles challenge going.

"I love playing doubles, especially with Harriet," she said. "Yesterday when we stepped on court, I just had so much self-belief in us, even when we lost a break or went down in the score. I just think we're such a good pair. We complement each other.

The duo beat Georgian Natela Dzalamidze and Serbian Aleksandra Krunic 6-4 6-2 in the second round on Saturday.

"Last year we were very close to making the fourth round, and neither of us were really playing that well. I think that's a real positive coming into this year. We're both more confident playing well.

"Definitely I'm going to put all my everything into the doubles now. " 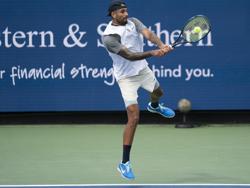