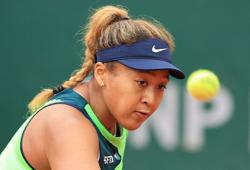 (Reuters) - Naomi Osaka said she was worried she would bump into people at the French Open whom she "offended" last year when the four-time major winner withdrew from the tournament after boycotting post-match media duties for mental health reasons.

In the build-up to the 2021 French Open, Osaka said she would not attend the obligatory news conferences for players after matches as they impacted her mental well-being.

The Japanese, who at that time revealed she had been suffering from depression for almost three years, will begin her campaign at Roland Garros this time by facing American Amanda Anisimova in the first round.

"I was just kind of worried if there would be people that like -- of course I also didn't like how I handled the situation, but I was worried that there were people that I offended in some way and I would just kind of bump into them," Osaka told reporters on Friday.

"But I think like everyone has been really positive, for the most part. I'm not really so sure."

The saga also cast a spotlight on tennis majors' pressure-cooker post-match media mandates, as Roland Garros organisers conceded they could "do better" on mental health.

"I was also very worried about this press conference because I knew I'd get a lot of questions about this," Osaka added.

"But, yeah, I think for me where I am right now, like I have -- I wouldn't want to say it's like it hasn't left my mind.

"Of course I'm still thinking about it, and I'm like kind of also prepping just in case... Yeah, for the most part, I think I'm OK."

(Reporting by Manasi Pathak in Bengaluru; Editing by Hugh Lawson) 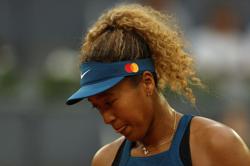 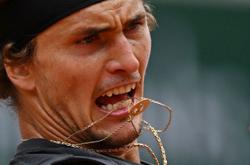 Tennis-Serena diminished at Wimbledon, but flame flickers still
Tennis-Record-chasing Isner bids to serve up Murray upset
Tennis-Serena stunned by Tan in first-round epic
Tennis-Cressy sends sixth seed Auger-Aliassime crashing out of Wimbledon
Tennis-Tsitsipas wriggles out of trouble to reach Wimbledon second round
Tennis-Rafa dazzled by Wimbledon sun in first round win
Tennis-Twice champion Kvitova rallies against Paolini to reach second round
Tennis-Kyrgios admits spitting towards fan 'disrespecting' him at Wimbledon
Tennis-Players did not talk about COVID cases at French Open - Cornet
Tennis-Nadal overcomes third set wobble to reach second round