LONDON (Reuters) - British teenager Emma Raducanu's staggering U.S. Open final victory had a nation glued to their screens on Saturday night with Channel 4 saying the audience for their broadcast peaked at 9.2 million viewers.

Such was the hype around Raducanu's fairytale run to the final in New York against Canadian teenager Leylah Fernandez that Channel 4 did a last-minute deal to share UK rights holder Amazon Prime's feed of the match and make it free to air.

It proved to be a wise move for Channel 4 as Raducanu won a thrilling match 6-4 6-3 to become the first British women for 44 years to win a Grand Slam title.

Channel 4 said the peak audience of 9.2 million was higher than the BBC peak for this year's eagerly-awaited Wimbledon championships. Coverage of the match itself averaged 7.4 million - seven times the average for the Saturday evening time slot.

"We're delighted that Channel 4, in partnership with Amazon Prime Video, could enable more than 9 million people to enjoy one of the most thrilling and historic nights of British sport in a generation," said Channel 4's Chief Content Officer Ian Katz said.

Raducanu became the first player, man or woman, to win a Grand Slam title having had to go through the qualifying tournament and did so without dropping a set.

National broadcaster the BBC scrapped plans to show the highlights of the final once Channel 4 reached the deal to show the match live.

The British government, which owns Channel 4, has announced plans to privatise the broadcaster - a move opposed by some senior figures in the UK television industry. 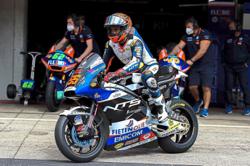