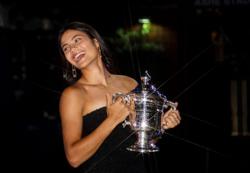 TOKYO (Reuters) - Going by current rankings, the first-round clash between Canadian Felix Auger-Aliassime and Britain's Andy Murray at the Tokyo Olympics would seem like a mismatch.

The 20-year-old Auger-Aliassime is ranked 15th in the world and coming off a quarter-final appearance at Wimbledon while Murray has dropped out of the top-100 after struggling to overcome injuries over the last two years.

But when it comes to the Olympics, Murray is a different beast and the Canadian has a very clear idea about the challenge he will face against the Scot, who won singles gold in Rio and London.

"It's a big challenge. I wish it came a little bit further in the draw maybe, but that's how it is," Auger-Aliassime said after his practice session at the Ariake Tennis Park late on Thursday.

"Andy is a big champion of our sport, especially at the Games.

"I'm going to expect the best from him again this week and I'm going to also try to bring my best. It's going to be an exciting match, but hopefully I get through."

Auger-Aliassime won in straight sets at last year's U.S. Open against the 34-year-old Scot, who is still fighting his way back to fitness after a second hip surgery.

He said he has "clear memories" of watching at home when Murray won his second consecutive gold medal at Rio and feels that his biggest challenge will be to deal with Murray's mental strength.

"One of the big strengths is his resilience," Auger-Aliassime said of the three-times Grand Slam winner.

"You just know that it won't be over until the last point. He always can come back. He has shown great strength throughout his career, so he's never going to lose that.

"Even though in 2016, he finished number one. He was in his prime, probably. It's not a lie to say that he's a different player today. But he's still the same Andy, right?"

Some of the sport's biggest names, including Roger Federer and Rafa Nadal, have skipped the Tokyo Games, which have been delayed by a year due to the COVID-19 pandemic.

Top-ranked Novak Djokovic, the other member of tennis' so-called 'Big Three' who are all tied on 20 Grand Slams each, has travelled to Tokyo.

"Grand Slams are something huge for us that happen every year," said Auger-Aliassime.

"It's a shame that Andy Murray won the gold medal twice and I just feel like we forget that.

"We talk about the 'Big Three', the 20 Grand Slams that they all have now, and we talk about his gold medals every four years when the Olympics come around." 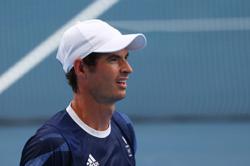 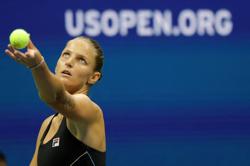