Honeymoon on hold for newlywed Svitolina TOKYO: Few athletes would have had a more eventful build-up to the Olympics than Ukrainian Elina (pic) Svitolina and Gael Monfils of France.

Tennis’ latest power couple got married on Friday but the honeymoon has had to wait as two days later they boarded the flight to Tokyo to participate in the Games.

World number six Svitolina was back practising on Tuesday at the Ariake Tennis Park, where she will don Ukraine’s colours for the tennis event at the Games and try to improve on her quarter-finals showing at the Rio Games five years ago.

“We are used to having so many competitions in a year so there is no time for resting,” Svitolina told the International Tennis Federation.

“Now it’s time to focus on tennis, and the Olympics of course.

“It’s very special for any athlete to be here. The honeymoon is planned for November!”

Svitolina was aged 21 and ranked 20th in the world when she ousted American great Serena Williams in the third round of the women’s singles in Rio, but she failed to build on her landmark win by falling in the quarter-finals to Czech Petra Kvitova.

The focus was back on the tennis for Svitolina as she sweated out on court trying to get acclimatised to the hot and humid conditions in Tokyo.

“It’s unbelievable to be fair,” she said. “So many exciting events in my life. Now it’s so nice to be at the Olympics.

“But now we are here. We have to prepare and hopefully to play well here in Tokyo.” — Reuters 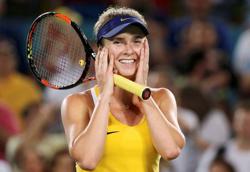 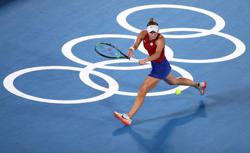