Swimming-FINA approves competition use of caps designed for afro hair (Reuters) - FINA has approved a cap designed for afro and big hairstyles to be worn in its competitions at every level following a review, swimming's world governing body said on Friday.

FINA had announced in July last year it would review whether the Soul Cap product designed to fit over dreadlocks, braids and afros could be used if there was no advantage to be gained from using them.

That decision came after some media reports had quoted FINA as saying that the cap could not be used at last year's Tokyo Olympics as it did not fit "the natural form of the head".

"Promoting diversity and inclusivity is at the heart of FINA's work, and it is very important that all aquatic athletes have access to the appropriate swimwear."

Manufacturers Soul Cap welcomed the decision by FINA to add the cap to its approved swimwear list from Sept. 1.

"It's been a long road getting here, with plenty of ups and downs on the way," it said in a statement on its website.

"But the truth is: we couldn't have done it without you. So from everyone here at Soul Cap, we want to thank all of you in the swim community for coming together to share your voices and raise awareness about accessibility and inclusion in the sport."

Black swimmers are outnumbered in elite swimming, with the sport seeking to break down socio-economic barriers.

British Olympian Alice Dearing, who is Black, had partnered with Soul Cap to help promote greater diversity, with some young Black women reportedly put off swimming because of hair issues. 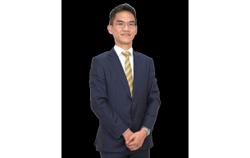