(Reuters) - Romanian teenager David Popovici set a world record in the 100 metres freestyle to win gold in a time of 46.86 seconds at the European Aquatic Championships in Rome on Saturday, surpassing the mark set 13 years ago in the same pool.

The 17-year-old sliced 0.5 seconds off the old mark set by Brazil's Cesar Cielo at the 2009 world championships, which were also held at the Foro Italico, in the era of bodysuits.

Hungarian Kristof Milak finished second in 47.47 while Italy's Alessandro Miressi was third in 47.63.

"There is the new fastest man in the world in the 100 metres freestyle and he is just getting started!"

Popovici, who won the 100m and 200m freestyle at the world championships in June, described himself as a "skinny legend" and said he was inspired by Britain's triple Olympic champion Adam Peaty to set a new benchmark.

Peaty had challenged himself to swim the 100m breaststroke in under 57 seconds and succeeded in breaching that mark at the 2019 world championships, breaking his own world record with a time of 56.88 in the semi-finals.

Popovici said his aim now was a sub-45 second time in the 100m freestyle.

"I wanted to go as fast as possible and it looks like I did it," Popovici told the BBC. "A fantasy now might be a 45 (second time).

"Adam Peaty is a pioneer in terms of the goals he set. For others it was science fiction, but not for him."

(Reporting by Hritika Sharma in Hyderabad; editing by Clare Fallon) 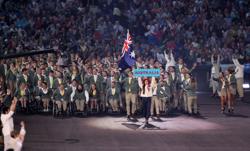 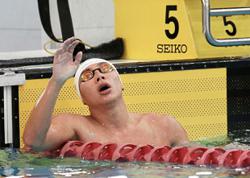