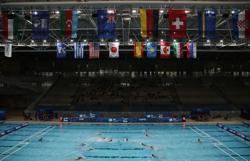 (Reuters) - Caitlyn Jenner has come out in support of swimming's world governing body FINA after they voted to restrict the participation of transgender athletes in elite women's competitions, saying women's sport needs to be protected.

FINA's decision, the strictest by any Olympic sports body, states that male-to-female transgender athletes are eligible to compete in women's competitions only if they have not experienced any part of male puberty.

"I think it's very good. I have been on this issue from the beginning, I've been very consistent. I have said from day one I don't want biological boys to be competing against women, especially in school," Jenner said on Piers Morgan Uncensored.

"It's just not fair and we need to protect women sports. I've stuck with that all the way through.

"If you've gone through male puberty, they're saying before the age of 12, you can't compete in swimming with women and honestly, I think that's the right decision. We need to protect women sports and this will have a big impact."

The debate intensified after University of Pennsylvania swimmer Lia Thomas became the first transgender NCAA champion in Division I history after winning the women's 500-yard freestyle earlier this year.

"Lia Thomas, from the beginning, I've never had a problem with her. She has played by the rules, it was the rules that were wrong -- the NCAA rules that let her compete," Jenner added.

"I'm actually happy she did this. Why? She brought this issue forward. World swimming has made a decision and I think it's the right decision, so I'm thankful for Lia Thomas.

"She changed everything and this is a good thing for women sports."

FINA also said it would create a working group to establish an "open" category for transgender athletes in some events as part of its new policy but Jenner said there are "not enough trans athletes in the world" to compete in such a category.

"Right now I only know of one trans swimmer, that's Lia Thomas," she said. 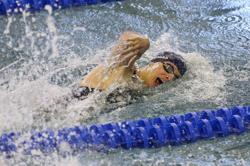