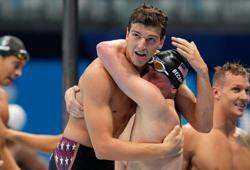 DUBLIN (Reuters) - Swim Ireland were consulting their lawyers on Tuesday after world swimming body FINA rescinded a men's 4x100m medley relay slot at the Tokyo Olympics that it said was offered in error.

Swim Ireland said in a statement they had received correspondence from FINA on Sunday rescinding an invitation accepted on Saturday. "FINA have told us that the invitation was issued in error," they said.

Twelve 4x100 relay slots were awarded to qualifiers at the 2019 world championships with the other four going to those clocking the fastest times at approved meets before the end of May.

Ireland's time at the European championships in Budapest in May appeared to have earned them a slot but the Greek swimming federation said FINA had overlooked times from a May 28-30 meet in Athens where Greece went faster.

"The World Federation admitted in its letter that a wrong update was made yesterday, after a random systemic error, and today sent the correct and updated list that includes our national teams," it said on its website.

"It’s a very unusual step for FINA to issue an invitation, for that to be accepted by Swim Ireland, and for them to then rescind that," he told Ireland's RTE radio on Tuesday.

"I know Swim Ireland will do everything to appeal that and hopefully get that invitation restored."

(Reporting by Alan Baldwin in London, Editing by Andrew Cawthorne) 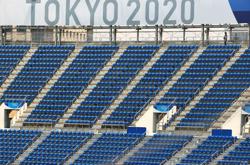