Wee Wern down but not out for long after shock exclusion PETALING JAYA: Injury-prone former national No. 1 squash player Low Wee Wern (pic) has been down multiple times but each time she got back on her feet to reach greater heights.

And if anyone thought that she is going to quit after being dropped from the Podium Programme, they’d better think again.

Instead it has made her more motivated to prolong her career as an independent player.

The 31-year-old Wee Wern, however, expressed shock over the decision which was decided during a meeting by the Squash Racquets Association of Malaysia (SRAM) and the National Sports Council (NSC) recently.

While she accepts her fate, the Penangite feels that she was dropped not in a professional manner.

“SRAM and NSC have cited that my contract was not extended because of my injury but they made the conclusion without consulting me or checking on my progress,” said Wee Wern, who went for a surgery on her right knee in October.

Wee Wern said none of the doctors from the National Sports Institute (NSI) and officials from NSC and SRAM asked about her progress report.

“How will they know my condition if they don’t even know the details?” she asked.

In fact, Wee Wern had sought the approval from SRAM and NSC before leaving for London for the surgery in a last-ditch attempt to save her career.

The former world No. 5 had undergone three surgeries on her left knee after suffering from an anterior cruciate ligament (ACL) between 2015 and 2018.

“I went for the surgery with their blessing and now I’m told they have no use of me. If I knew, I would not have done it.

“I did it because I had that short window of opportunity to go for a surgery, recover and be ready for the Asian Games and Commonwealth Games next year.

“I made all the surgery arrangements myself although I was a Podium programme athlete but I did it because I believed that I can still play good squash,” added Wee Wern, who has been with the national team since she was 17.

Wee Wern, who is expected to be back on court by March, will continue to play in the Professional Squash Association (PSA) tournaments with the support of her coach Aaron Soyza and her state association.

“I’m fortunate that I have a good support team here in Penang.

“My coach will continue to guide me, the state has allowed me to use their facilities and I still have faithful sponsors... I’m grateful to all.”

Aaron pointed out that Wee Wern is a special breed of players who never give up easily.

“All these years, she has trained at home unlike many who left for overseas stints. She has come through many challenges and to me she is an inspiring player,” said Aaron.

“She has been bugging me to coach her. I will, because I see her love for the game. Being on her own, she does not have any targets to weigh her down.

“She can now take her time to get back to the top again, with a good support team here.” 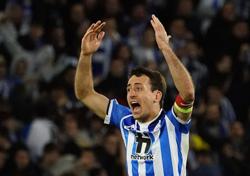 Sangari wiser after defeat at world meet
Sangari fails to free herself from Black Widow’s web
Squash: Sivasangari crashes out of World Championships in Cairo
Sivasangari needs to go the distance to upstage El Tayeb
Sivasangari finally beats Nadine to move into last 16
Sivasangari plots Nadine’s downfall on Egyptian’s own turf
Sivasangari goes through but Aifa, Rachel and Eain Yow fall at worlds
A great show in Cairo will mean the World to Sivasangari
It won’t be a walk in the park in Cairo for Eain Yow and Co
Addeen targets top-70 ranking this year