PETALING JAYA: The Egyptians have the numbers and the depth but their domination in squash can be broken.

Former international players Mohd Azlan Iskandar and Sharon Wee say that it is in the hands of every individual player to step up their game to break the stronghold of the Middle East nation in the sport.

On Saturday, Egypt underlined their prowess when their world No. 1s, Mohamed ElShorbagy and Nour El Sherbini emerged as the men and women champions in the El Gouna International championships in Cairo.

Mohamed and Nour were joined by four other Egyptians in the men and women’s quarter-finals respectively.

Squash Racquets Association of Malaysia (SRAM) deputy president Azlan admitted that the Egyptians’ strength was not only in their numbers but they also boast of quality in both junior and senior ranks.

“The Egyptians have so much of depth in their players and at such a young age they are conquering the junior and senior tours, ” said the former national No. 1.

“They seem to have a better understanding of the game technically and also tactically.”

Although they are one step ahead of other nations, Azlan believes that with the correct focus in the right areas, the gap can be narrowed.

“I think we have the players who can match them at junior level but it seems like they are able to take the lead in the senior circuit.

“It is really up to the individual. There are some Egyptians who don’t make it too. Right now, they just have a big pool of players, ” added Azlan.

Sharon, who is SRAM’s vice-president, said there are many ways to improve.

“We’ve to keep investing on our elite players. There is no short cut. Just like in business, if you want to grow you need to invest. It’s all about calculated risk. Overseas exposure is a must to develop skill, technique, mindset and self-belief, ” said Sharon.

“Malaysia squash is on the right track. The 1998 Commonwealth Games paved the way for us to produce world-class players. We had Nicol David, Ong Beng Hee, Azlan Iskandar, myself and the baton has been passed on to the next batches.

“The challenge is for us to keep the enthusiasm alive in producing talented players. We need to work together consistently as a squash ecosystem.

“We have the role models. With the right attitude, competitiveness and by increasing the playing pool, we can narrow the gap.”

At the El Gouna International, Ng Eain Yow lost to Youssef Ibrahim of Egypt in the second round while S. Sivasangari went down to Nouran in the third round.

SRAM’s wise move to base Eain Yow in England and Sivasangari in the United States is expected to expedite their progress. Eain Yow trains with world No. 1 Mohamed while Sivasangari is training under two-time world champion and coach David Palmer of Australia.

The others in the team like Low Wee Wern, who is based in Penang and those in Bukit Jalil – Rachel Arnold, Aifa Azman and Ivan Yuen – are also shaping up well. 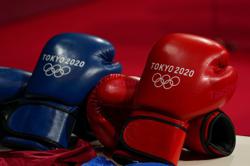