Figure out your future

MANY young athletes put little thought into how they spend their time after retirement but Evan Lysacek, who is revered in the world of figure skating and a household name in the United States, has some pointers. After all, the 2010 Winter Olympic Games champion has proven that there is always life after the end of a sports career. The Olympian spoke to StarSport’s

T. AVINESHWARAN about his journey from 2004-2014, how he coped with his retirement and his role as the US sports envoy.

StarSport: Greetings Evan, welcome to Malaysia. First of all, what brings you to Kuala Lumpur?

Evan: In 2012, I was appointed as the sports envoy by the United States (US) State Department under the Bureau of Education and Cultural Exchanges. The US government uses sports exchange programmes in different countries to talk about American sports culture via soft diplomacy. So I’m here for a few days to share my knowledge in skating and generally, my experiences as an athlete. Throughout the years, I’ve represented my country on and off the skating arena. I’m here to share the virtues of being an athlete and also as an entrepreneur. As an athlete, the success and excellence achieved through discipline, hard work and perseverance can be embraced by anyone in their life, not just athletes.

StarSport: Besides being an Olympic winner, you won at the 2009 World Championships. You are also the Four Continents champion from 2005-2007 and two-time national champion. How did you handle the fame?

Evan: I achieved all those successes later in my career but I never let it dictate me. I’ve to admit that my life changed after winning the Olympics gold medal. At one point, as an ambassador to the sport, I had no choice but to protect my brand. I learnt more about businesses, endorsement, legalities of sport. It clouded my mentality. I think I’m lucky that I didn’t know any of that before the Olympics. It wasn’t that hard for me to stay focused. I never really wanted fame, I avoided it. I shied away from whatever that brought attention to me. My aim was performance and achievements. It’s how you handle it. 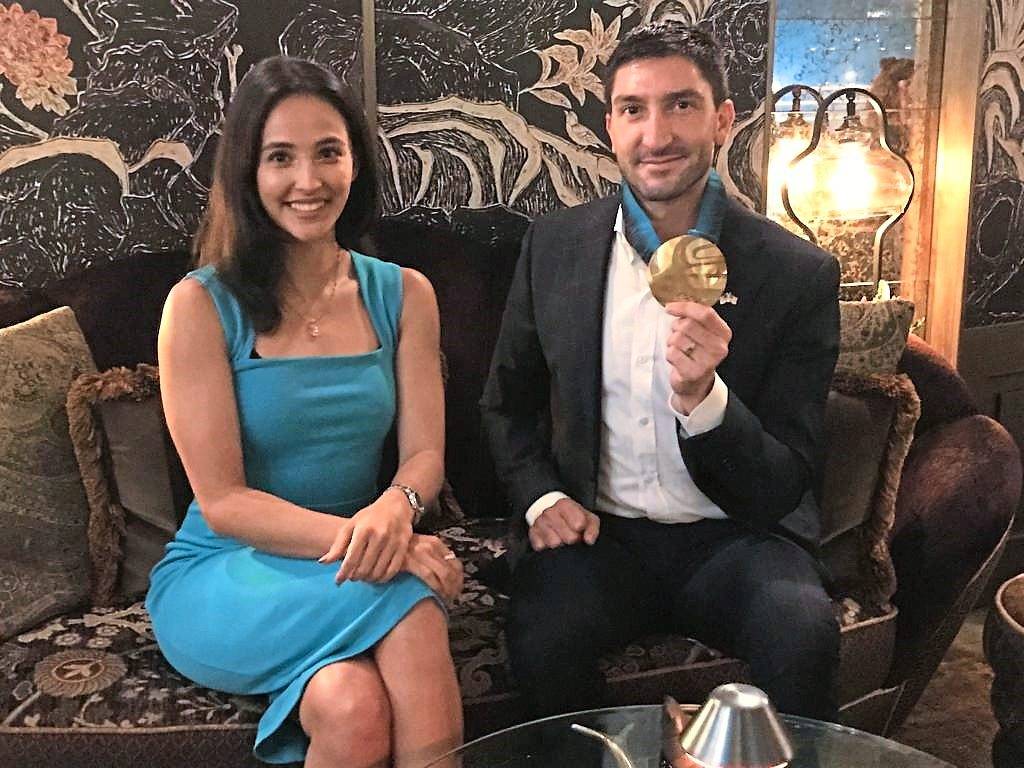 StarSport: Did you ever think that you could reach those heights?

Evan: When I first started, I had no understanding of what it meant to be at that level. You’ll learn quickly that it will be a long climb to get to that point. I know there were many skaters better than me. I was not the most talented and did not have the best tricks, but there was one thing in me that I was really good at - that’s to beat anyone when it comes to performing under pressure. In any day and age, mindset and determination are more important than talent. Every single time, not the most talented but the hardest working ends up winning. My recipe, I guess, is hard work and preparation. I found from a young age that there is a logical correlation between hard work and success.

StarSport: How has the Olympic experience changed you? Evan: My career has been fulfilling. I set the goal of going to the Olympics at a young age. Later, when I understood more of what that meant, I wanted to win the Olympics.

Within the sport of figure skating, there is no greater pinnacle than the Olympics gold.

I feel fortunate to have reached it.

The lifespan of an ice skater is not long. Some skate for one or two seasons, win the national or world championships, but never take part in the Olympics. I I took part in two Olympics and several World Championships. I travelled to various nations too, so that gave me a global perspective, which I now carry as an envoy and business person.

StarSport: You retired before turning 30. How did you cope with post-retirement?

Evan: Most of the athletes who are forced to retire at a very young age do not know what to do and how to process that. When you think of retirement, you only think of those who turn 65 and older.

Even they have trouble with it. Even at a young age, one has to question oneself – what am I going to do with myself when I retire? That thought process for athletes in their early 20s is strange. I combated that by doing something else the right away.

I did not force myself by saying that I am going to be in commercial real estate for the rest of my life. I mean, I’m doing it now and see where it brings me to... and maybe I will love it, maybe I won’t, and perhaps it will evolve to another thing. I told myself not to be afraid of reinvention. That applies to anyone. You can always learn something new and start rebuilding a whole new life - but plan earlier. StarSport: How would you describe the sport of skating these days?

Evan: Skating is an athletic endeavour that continues to progress. The judging system is constantly evolving, skaters are doing more and getting younger. The sky is the limit. From a business standpoint, it is unknown right now. When I first started skating, it boomed because of the Tonya Harding and Nancy Kerrigan rivalry. But these days, the lure of other entertainments have made the business a tough one.

StarSport: You have spent time with many kids aspiring to be like you here in Malaysia, what can you take from your various sessions here?

Evan: I like it here very much. There are lots of similarities between the kids in America and Malaysia. They are eager, driven, passionate and hardworking. Although it’s not a winter sport country, I can see that the kids here love skating and are willing to learn.

StarSport: Do you think this sport can grow in this part of the world?

Evan: The trajectory is bullish. When I look at the kids that I’ve worked with here, their raw talents are promising. Talents can be groomed but we should not let it go to their heads. Talents like Olympian Julian Yee is breaking new ground for Malaysia and showing the sport at a more elite level. It will only get better.

Maradona’s no saint but he’s the people’s footballer
Still our heroes – coaches with heart and Seoul
No Salah, but Liverpool will be right on point against Leicester
Bigger sport allocation is good, but athletes must get to enjoy bulk of it
Athletes’ sporting spirit still going viral on world stage despite pandemic
The road to City of Lights looking brighter for shuttlers
Athletes must learn to adapt with control order rulings to succeed
Is busy minister Khairy the ride man?
Malaysian riders finding it tough to stay competitive at highest level
Gold medal for wastage - sports studies worth millions gather dust