‘Entrapped’ by the rain – shooters misfire on wet ground 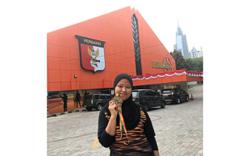 THE shooting team endured a dry spell on a wet afternoon on the last day of competition.

Charles said that the wet conditions had an impact on their performance.

“Yes, it’s always a challenge to shoot in the rain. We normally do not train in those kinds of weather at home. Visibility is poor and it makes our game a bit more difficult since we are aiming at a moving target,” he said.

“As for my performance, it was like a yo-yo. I experienced the highs and lows of my long shooting career in Hanoi. Shot the worst round, 16 yesterday and my best, 23 on the last one. A bit late, isn’t it?”

He admitted that he had considered retirement after his poor outing on the first day but has now shelved the plan and will compete in the Cambodia SEA Games next year.

“If you asked me yesterday, I was thinking of retiring after my poor results. But after today’s performance, I’m looking forward to Cambodia. Yes, I still have some fire left in me,” added the 56-year-old shooter. 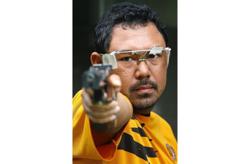