Ailing sports in need of ministering – and administering THE timing could not have been worse for Datuk Seri Reezal Merican Naina Merican.

When he became the country’s 19th Sports Minister, he should have been up to his neck in work.

There was the Olympic Games in Tokyo, the Thomas and Uber Cup Finals and the Malaysia Games (Sukma), which was to be hosted in grand fashion by Johor.

And, there was the European Cup of nations, arguably the second biggest football tournament in the world. 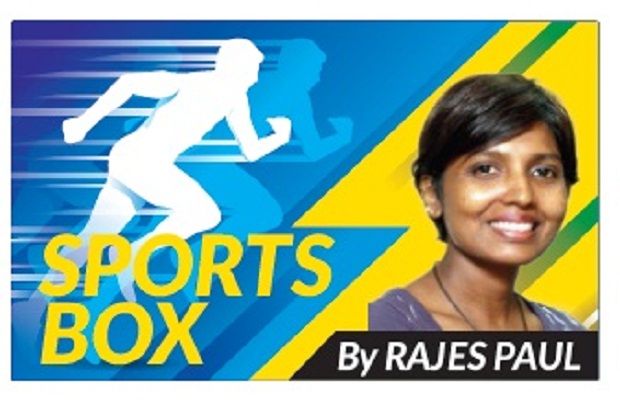 None of that happened. Instead, the world of sports came to a total standstill, as all training and tournaments were either postponed or cancelled, leaving athletes in a lurch and depressed at home.

It was dismaying but, surprisingly, Reezal did not sit idle.

He took the initiative to meet with the sports stakeholders via online platforms; pushed for the Road to Tokyo athletes to begin training earlier than planned albeit under strict training procedures; and managed to source RM10mil from the government to aid the recovery of the sports.

A good start indeed, under the trying circumstances.

But all the previous sports ministers can claim to have started well too.

Big plans, big dreams and big strategies were there, but at the end of the day, it was mostly big talk and a lot of hot air.

Many came with grand own plans and initiatives to solve deep-rooted problems in Malaysian sports but left barely scratching the surface.

Being gung-ho is easy, but seeing things through is the hard part. And many former ministers have struggled to accomplish that.

Some spoke about reviving school rivalries as in the old days, but here we are, many decades later, still scraping the bottom for talent at grassroots level.

Most schools do not have fields, facilities, sports facilitators or even interest in cultivating a sporting culture.

Fields have turned into idle land and sportsmen-teachers have been replaced with religion-centric teachers, who worry more about sportswear than sporting feats.

The universities, too, are lagging in churning out sports stars.

Some ministers spoke about working together to eradicate biased selections, corrupt officials and self-centred politicians in sports - but little, if any, has changed.

There are still politicians clamouring for positions within associations, and many former athletes keen to make changes as administrators are either not given the opportunity or are too cheesed off to even bother.

Athletes who wish to become coaches do not get a portion of the recognition – and wages – given to coaches from other countries.

Then, there were ministers who wanted to spend big bucks on big projects. Many may remember the multi-million ringgit High Performance Training Centre (HPTC) in Brickendonbury, London.

It was mooted by Datuk Azalina Othman Said many years ago but fortunately, good sense prevailed and the wasteful project was shot down.

Many of our own training centres are in dire straits; some stadiums need to be refurbished; many are built with poor quality materials; while some sports do not even have a proper place to train.

Some ministers did come up with good plans but did not stay long enough to see the programmes through.

Khairy Jamaluddin, for instance, initiated the National Football Development Programme (NFDP) in 2014. On paper, it looked good. All it needed was passionate and honest people to run it efficiently and professionally.

Then, Khairy left and under his successor Syed Saddiq Syed Abdul Rahman, the management team changed. Now, Reezal has taken over and the future of the multi-million NFDP is a big question mark.

If a programme is good enough, why can’t a new leadership just continue with it or even improve on it?

Precious time and money is wasted in trying to “undo” perfectly good things and then start over by doing something else.

Reezal has an opportunity to be different.

He has started positively and it is hoped that he will have enough time to finish the race strongly, by putting sports above self and making the right decisions.

Some will jeer him, but many will cheer him on.

But he has to be alert that the ones who cheer are genuine sports lovers and not sly ones who are in there for selfish gains. The new scoring system - a smashing point or a point that needs to be smashed
Great job by Lee, but we must not depend on only one player to bring glory
Hats off to courageous ladies for taking on bigger roles in sports
Are we on right trail of leadership to reach summit of success in sports?
Disheartening to see local coaches not getting their due$
Do we need SOP to prevent another kind of virus from weakening Malaysian sport?
It could still be rosy times for evergreen Rossi as he’s one of a kind
Don’t go shooting your mouth off, speak words that unite, not divide
City can strike down misfiring Reds
Clueless Olympics-bound athletes look toward Japan for answers