Giant who cared for the little people

Masidi: Sabah travellers only need negative Covid-19 test result before flying to other states in M'sia

You will be remembered: A mural of Kobe Bryant at the “House of Kobe” basketball court in Valenzuela, north of Manila. Fans left flowers and messages on the walls at the newly inaugurated court after learning of Bryant’s death. — AP

Kobe Bryant may be no more, killed in a tragic helicopter accident. But he has the undying love of the people of rural Philippines. He transformed their lives, bringing his basketball, new facilities and joy to their derelict villages. There, the legend lives.

IN a rundown part of Gawad Kalinga village, in Taguig City, an hour’s drive from Manila, a basketball court stood, looking spanking new. It had been recently refurbished.

Two sets of children were set to play against each other, watched by a huge crowd, some even climbing trees and poles to get a glimpse of the action. They were not there for the game. 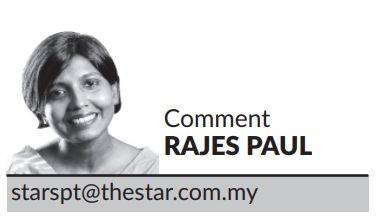 They were there to see their benefactor, their idol who had helped refurbish the court, spruce up the village and renew interest in sport. When Kobe Bryant stepped out of the car, there was a huge cheer.

And Bryant was a giant, not just in his 1.98m (6ft 6in) physique but also in his heart. As the game ended, he joined the fray, scoring a few baskets and showing off some trick shots, to more cheers.

He joined the winning team as they celebrated, like they had won the NBA title. He then walked over to the losing side, joining them in doing push-ups, their penalty for losing.

Such was the manner of the man. He was a super star but with a heart of gold.

The news of his death together with his 11-year-old daughter Gianna and few others in a helicopter crash on Sunday morning was shocking and heartbreaking.

The people of Taguig City felt it, as did those in many other rural areas in the Philippines where he helped transform lives.

I got to meet the man nine years ago when he joined those children in Taguig City.

Naturally, I was excited. He was an NBA star from Lakers and was at the height of his stardom and I was counting the days to the close-up encounter with the tall, dark, handsome and gifted basketball player.

The five-time NBA champion was in Manila on a five-city “Take Every Advantage” Tour. His other stops were in Hong Kong and three cities in China. It was just a day-long programme but what a lasting impression he made.

There were about 100 reporters at the press conference, and it was tough to even get close to him, especially, a short girl like me. And yes, forget about even shaking his hand.

Despite the rush of reporters and his crazy fans, it was not hard to catch a glimpse of the towering Bryant. He cracked jokes and one could sense his humility as he answered all the questions posed patiently.

I remember shouting from the back – (yes, I got him to notice me), asking about his recipe for success. It was a question many would have asked before me but didn’t matter.

He still answered, with a brilliant smile as well.

He spoke about the role of his father, and what greatness meant to him.

Although Bryant was named as the NBA Most Valuable Player (MVP) twice and won the 2008 Olympic Games then (a year after the interview, he won his second Olympic gold in London in 2012), I liked his explanation on greatness – it showed his humility.

“Greatness is very subjective. People have different goals, and whenever someone achieves their goals, that’s greatness.”

That’s great, isn’t it. Even if we achieve a small goal, that’s greatness.

He was emotional as he spoke about his father Joe “Jellybean” Bryant – his mentor who taught him about helping others. That was for the exact reason he was in Manila for – to give back to the less privileged.

It’s so sad that a man who gave so much to the sport and to others was taken so quickly. And it’s even sadder that his daughter and seven other perished, too.

But Kobe Bryant was a legend. Legends do not die. He will be remembered.

Masidi: Sabah travellers only need negative Covid-19 test result before flying to other states in M'sia

Still our heroes – coaches with heart and Seoul
No Salah, but Liverpool will be right on point against Leicester
Bigger sport allocation is good, but athletes must get to enjoy bulk of it
Athletes’ sporting spirit still going viral on world stage despite pandemic
The road to City of Lights looking brighter for shuttlers
Athletes must learn to adapt with control order rulings to succeed
Is busy minister Khairy the ride man?
Malaysian riders finding it tough to stay competitive at highest level
Gold medal for wastage - sports studies worth millions gather dust
Time to get the sport going, not play the blame game