School them in sports, it’s not too late

United States' forward Megan Rapinoe poses with the Golden Ball after the France 2019 Women’s World Cup football final match between USA and the Netherlands, at the Lyon Stadium in Lyon, central-eastern France. - Filepic

THEY say short girls cannot play netball. Well, I did – and I am just 149cm (4ft 11in). I played for the four years that I was in Universiti Kebangsaan Malaysia (UKM) in Bangi. What’s more, I took part in middle distance events during the university’s sports day.

Rain or shine, some of us would put on our running shoes to jog around the campus while others played football, hockey, basketball and badminton.

The facilities were not too bad then – but the sad thing is that nothing much has changed since I left 22 years ago. (There have not been major upgrades. I know, because I visited last year when my nephew joined the varsity). 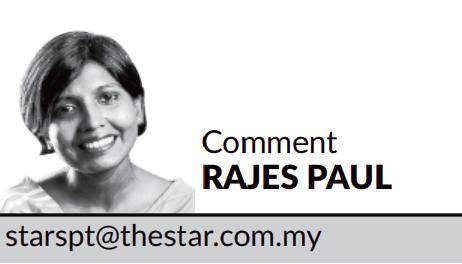 Anyway, this is not about short people in sports. It’s more about the shortcomings of our tertiary institutions when it comes to sports.

Our universities are happy just to run some sports programmes, unlike in the United States where they are thinking big and playing an effective role in promoting a healthy lifestyle and creating world-class stars.

Take the University of Oregon in Eugene, for instance.

This university will be hosting the World Athletic Championships in 2021 – the first university to host a world-class event at their brand new stadium Hayward Field.

This IS the world meet – with athletic stars from the US, Britain, Jamaica, Kenya, China and many others, all battling for honours inside the university.

Prior to the world meet, the university will host the US Olympics selection trials for the seventh time.

I had a chance to visit this 25,000 capacity state-of-the-art stadium during my three-week International Visitor Leadership Programme (IVLP) in the US – and it was a very impressive facility with many innovations, including a practice hall for pole vaulters underground!

Where did the university get its funding? It has a staggering 50 over sponsors.

The university is also working together with the relevant stakeholders in the state to facilitate the building of the stadium.

Who will run the show? The university will have TrackTown USA, a non-profit organisation as the local organising committee.

Unlike many facilities in Malaysia, it will not become a white elephant after the world meet.

Assistant vice-president Carlyn Schreck said: “We have a huge campus here and we’ve run it for many years. We have done well to maintain it, we have the expertise.

“After the world meet, the stadium will be used by our students. It’s great to give our students world-class facilities, ” she said.

Several other universities, high schools, public schools – both in Oregon and Denver – also have a strong sports culture, with equal opportunity now for boys and girls.

The University of Portland in Oregon has been a pioneer in women’s soccer, as the Americans call it.

They have won the nationals in 2002 and 2005 and produced many national-level players, including Megan Rapinoe, who played a big part in helping the US win the World Cup this year.

Rapinoe has now become a role model for students and sometimes goes back to her school to inspire the youngsters.

Then, there is this tuition-free public school in Denver called GALS (Girls; Athletic Leadership Schools) where athletic programmes are reinforced in the academic programme.

All universities in the US have solid sports programmes for basketball, American football, soccer, baseball, and others – thanks to the efforts taken by the National College Athletics Association (NCAA).

In Malaysia, though, we could not even get our registration of athletes right for the World University Games in Naples, Italy, this year.

We continue to look at the weaknesses at elite level when we should be focusing on strengthening the base.

The Education Ministry and Youth and Sports Ministry need to re-examine the roles of tertiary institutions, colleges and schools in promoting and developing sports, even producing top national athletes for the country.

Currently, both are not working in tandem. Forget tandem, they are just not working effectively.

Imagine if every school, every university and every education centre in Malaysia plays its part – we could be as rich in sports tradition and sporting excellence as the US.

I wish this could have been done in my university days 22 years ago. So many years have been wasted – but it’s never too late.

While wanting women to be equally involved in sports as men, the writer also hopes that students will have a balance between academic excellence and sports activities to benefit more as an individual.