LONDON (Reuters) - Veteran scrumhalf Danny Care's late career England revival looks to be over after he was left out of England coach Eddie Jones's 36-man "mini training camp" squad ahead of the November internationals on Monday.

England face Argentina, Japan, New Zealand and South Africa in November and begin their preparation with a three-day training camp at Twickenham next week.

After four years in the wilderness Care, 35, was recalled for England's tour of Australia in June with Youngs unavailable.

However, after starting the first test and coming off the bench in the second, the Harlequins scrumhalf was hauled off after 37 minutes of the final test - seemingly ending the latest Jones experiment as England went on to win the match and the series 2-1.

"With a year to go to the Rugby World Cup this is a big opportunity for players to come in and impress," Jones said in a statement.

"We want them to show real energy and enthusiasm and that they want to be a part of this massive year. It doesn't mean that those who have been left out won't be considered for the Autumn Nations Series matches. We'll be looking at club games, form and fitness and the door is left open for those players.

"We finished the Australia tour well. It was a fantastic experience, particularly for the younger players. We now have to start again, but we'll build on what we've done there and continue that momentum. 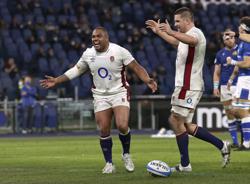 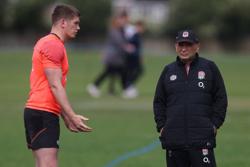