DURBAN (Reuters) - Argentina made two backline changes to their team for their Rugby Championship showdown against South Africa in Durban this weekend with coach Michael Cheika resisting wholesale changes despite losing at the home to the Springboks last Saturday.

Juan Imhoff comes in on the wing in place of Lucio Cinti while Matias Moroni replaces Matias Orlando at centre, with Jeronimo de la Fuente moving inside for Saturday's clash at King's Park.

Argentina lost 36-20 to South Africa in Buenos Aires last weekend in their penultimate match in the southern hemisphere competition, losing a chance to put themselves in the running to win the Rugby Championship for the first time.

“Of all of the games we’ve played so far, that was the most disappointing because of the context,” Cheika told a Thursday news conference. “I’ve never seen a crowd go home as quite as that.

“Now we have a chance to fix that. There is no better motivation than a full house in Durban against the world champions,” he added.

“We have a lot of drive as a team and had what I thought was our best training session in months yesterday. It will be a difficult environment, but we must enjoy it and ride the good moments.” 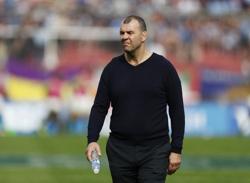 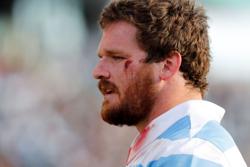