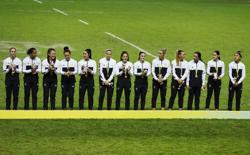 (Reuters) - Utility back Reece Hodge feels privileged to be Australia's "Mr Fixit" but would gladly take another shot at flyhalf if given the chance.

Hodge came off the bench to replace injured flyhalf Quade Cooper in Mendoza last Saturday and helped the Wallabies overhaul the Pumas 41-26 in their Rugby Championship opener.

It was an impressive return to form for Hodge, who was initially omitted from Dave Rennie's squad for the England series. The 27-year-old was recalled as injuries piled up and started the third and final test at fullback.

While Cooper's long-term injury has opened a door, Hodge was hesitant to bracket himself with James O'Connor and Noah Lolesio as the backup number 10s for Saturday's test against Argentina in San Juan.

"We're not hiding the fact that (Cooper) is a massive loss for us, our team and our sport, but in saying that we've obviously got two world class 10s in Noah, who obviously led us to a series win against France last year and was very solid in that England series as well," he said.

"And then James O'Connor has played 50-plus tests for his country and his form at the start of the Super Rugby season for the Reds especially was outstanding.

"I'm just thrilled to be back in squad and hopefully get picked for another matchday squad."

Though a flyhalf in his junior days and in several stints with the Wallabies, Hodge's versatility has been a blessing and a curse, seeing him plugging holes from 10-15 under Rennie and former coach Michael Cheika.

However, he has not been seen in the number 10 jersey since 2020, when he replaced the injured O'Connor during two tests in the one-off Tri-Nations against New Zealand and Argentina.

Hodge said he had a good grasp of game management, especially with his prodigious kicking game, but felt he would need more time at flyhalf to get back into the "groove".

"There are so many intricacies in the position that it's somewhere that you need to play consistently to be at your best," he said.

"So, I think that's a conversation that we need to have between myself and the coaching staff going forward.

"But as I've kind of touched on, I think at the moment I'm just happy to play that utility kind of position and week-to-week I'll fit in wherever needed." 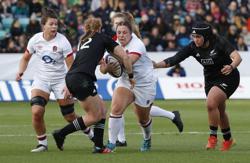