NELSPRUIT, South Africa (Reuters) - South Africa coach Jacques Nienaber was pleased with his side’s improved accuracy but says they are "not the finished article" after their biggest victory over New Zealand in 94 years on Saturday.

The Springboks were dominant in all facets of play as they cruised to a 26-10 win in their Rugby Championship opener at the Mbombela Stadium, grinding the struggling All Blacks into submission with their stifling defence and excellence at the breakdown.

It was a vast improvement on the stuttering performances against Wales last month, where they won the home series 2-1, but failed to impress overall, something Nienaber acknowledged.

"I don't think we're a finished product yet. We did a good assessment after the Wales series and built on the stuff that we felt needed to be improved," he told reporters.

"We've always wanted to win every single game, but for us, it's also about improving on the goals that we've set out for ourselves."

One of the major disappointments against Wales was the unforced errors and general inaccuracy, which meant they were unable to build sustained pressure on the tourists for large parts of the series.

Nienaber believes that aspect was better against New Zealand.

"We spoke about pitching up with intensity during the week and trying to be accurate with what we've planned," he said. "I thought we did that well. We had good intensity and I thought we executed our plans very well."

Nienaber will be pleased to have got a comprehensive victory against a side expected to be a challenger to South Africa's World Cup crown in France next year, though the ailing All Blacks have now lost five of their last six tests in a horror run of form.

The teams meet again in a second Rugby Championship clash at Ellis Park in Johannesburg on Saturday. 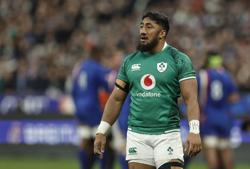