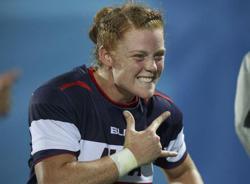 (Reuters) - The postponed women's 2021 Rugby World Cup will now be held in New Zealand from Oct. 8 to Nov. 12 next year, the sport's global governing body said in a statement on Wednesday.

The tournament was originally scheduled for September and October this year but in March it was postponed until 2022 due to uncertainties caused by the COVID-19 pandemic.

The rescheduled World Cup has also had its tournament window extended from 35 to 43 days, bringing minimum five-day rest periods between games in line with the men's World Cup.

The format has been rejigged with all games now at weekends -- three on Saturdays and three on Sundays -- and no overlap between matches. The original schedule had seen pool stage games kicking off at the same time and six games per matchday.

“...while the postponement was disappointing for everyone, it has provided the unique opportunity to review every aspect of the event to ensure it is the best it can be for the players, fans around the world and the wonderful and enthusiastic New Zealanders," World Rugby Chairman Bill Beaumont said.

The tournament will be the first women's Rugby World Cup in the southern hemisphere with matches in Auckland and Whangarei.

The final will take place on Nov. 12, with Eden Park set to create history by becoming the first stadium to host both the men’s and women’s Rugby World Cup finals.

New Zealand are the holders, having beaten England 41-32 in the final in Belfast in 2017. 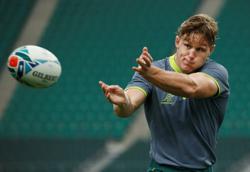