MELBOURNE (Reuters) - The Queensland Reds' rivalry with the ACT Brumbies has breathed new life into Australian rugby this year and raised hopes for a classic final in Brisbane on Saturday.

The teams meet in their second successive Super Rugby AU decider, with the Brumbies bidding for back-to-back titles after downing Brad Thorn's Reds 28-23 last year in front of a small, socially-distanced crowd at Canberra Stadium.

The Reds, however, will feel their time has come, having edged the Brumbies in two come-from-behind thrillers during the regular season.

The second of those wins assured the Reds of a home final at Lang Park, where fans will hope for a first championship trophy since Ewen McKenzie's side beat the Canterbury Crusaders in the 2011 Super Rugby decider.

"What a great thing for Australian rugby. I think they're talking around 40,000 spectators (at Lang Park)," former All Blacks enforcer Thorn told reporters in Brisbane on Thursday.

"If you think back to last year, there were times when there was a lot of doom and gloom."

With nothing on the line, the Reds suffered a surprise loss to the Western Force in their last match, their first defeat in an unbeaten season.

It coincided with regular skipper Liam Wright returning to the starting side after a long injury lay-off and taking the captain's armband back from flyhalf James O'Connor.

Having spurned several chances to kick for points, including a penalty in the final minutes that would have tied the game, 23-year-old flanker Wright has been demoted to the bench for the final and the more experienced O'Connor reinstated as captain.

"James had been doing a good job leading the side so it sort of just made sense," said Thorn.

"Maybe there's a few more games for Liam to get under his belt."

The Brumbies have been the best-performed side in Australian rugby in four of the last five years, playing an often dour but effective game built on set piece dominance and a marauding pack.

It has won them few fans outside of the Australian capital, and some neutrals have delighted in seeing them dismantled by the attacking brio of the Reds.

The Brumbies' task has been made tougher with Wallabies prop James Slipper and loose forward Pete Samu ruled out with injuries after the Force win.

Brumbies coach Dan McKellar has put his faith in youth, with towering lock Nick Frost switched to flanker to cover for Samu and another 21-year-old in Lachlan Lonergan promoted to starting hooker.

Wallabies hooker Folau Fainga'a will run off the bench in a sign the Brumbies hope to avoid another late fade-out by having muscle in reserve.

The Brumbies have rarely been seen as underdogs in Australia in recent times, and McKellar was having none of it.

“We’ll go out there and prove a few people wrong and continue our reign as Australia’s leading team over a number of years. That’s the goal," he said. 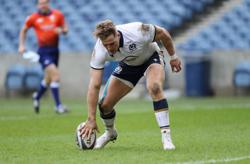