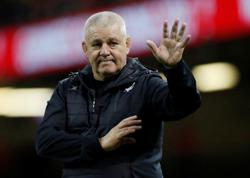 (Reuters) - Saracens director Mark McCall said his players have received assurances from British and Irish Lions coach Warren Gatland that a lack of playing time will not count against them when he selects his squad for their proposed tour of South Africa.

Saracens, five-times Premiership winners who were relegated to the Championship in October after breaching salary cap rules, begin their campaign away to Cornish Pirates on Saturday - more than three months after the top flight began on Nov. 20.

McCall said he had informed Gatland that Saracens' English contingent, which includes skipper Owen Farrell and lock Maro Itoje, will play at least four Championship games and the play-off finals if they qualify, before the Lions' tour in the summer.

"Hopefully our England lads will get picked against France and Ireland and play at least four of the eight remaining league games, plus two very meaningful, competitive final games if we make the top two," McCall was quoted as saying by the Guardian.

"I've spoken to Warren Gatland and he's very comfortable with the game-time our players have had. "They won't play in every game but they will play enough. I think they'll arrive on a Lions tour ready to go."

The Lions are scheduled to visit South Africa for eight matches between July 3 and Aug. 7, including three tests against the world champion Springboks. But the series remains under threat because of the impact of the COVID-19 pandemic.

(Reporting by Manasi Pathak in Bengaluru, editing by Timothy Heritage) 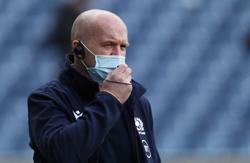 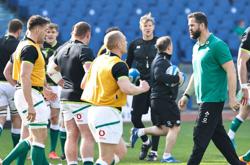