PARIS (Reuters) - French rugby federation board of directors member Florian Grill on Sunday called for an independent investigation into the COVID-19 outbreak within the Six Nations squad that forced the postponement of their game against Scotland.

French sports minister Roxana Maracineanu asked FFR president Bernard Laporte to launch an internal investigation but for Grill, who was beaten by Laporte in the federation elections last year, it is not enough.

"The governance of French rugby had signed a protocol with the government, which is no small responsibility. We need to get to the truth of this, we need precision and transparency," Grill, who is also the president of the Paris region league, told French radio Europe 1.

The French squad was limited to 31 players amid a "bubble" system to prevent COVID-19 infections, but they were allowed to train with the rugby 7s team at the national centre in Marcoussis, just outside of Paris.

Eleven players, and some staff members including head coach Fabien Galthie, tested positive for COVID-19 after Les Bleus beat Ireland for their second win in two games earlier this month.

The Six Nations announced on Thursday that the game against Scotland, scheduled for Sunday, was postponed.

Before the investigation even started, Laporte said that "to my knowledge, nobody is at fault", prompting Maracineanu to threaten to withdraw the French team's authorisation to play in the Six Nations if the FFR did not thoroughly investigate the origin of the outbreak.

"Everyone will understand that we cannot ask the people we suspect to do the investigation themselves."

Last month, France banned travel from and to non European Union countries, but the sports ministry gave the rugby team a special authorization to take part in the Six Nations.

"I don't think it was written in the protocol that the players could go out to eat waffles," Maracineanu, following reports that French players went out in Rome when they played Italy three weeks ago, said on Saturday.

France are scheduled to travel to England on March 10 for their next Six Nations game. 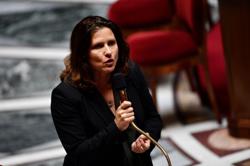